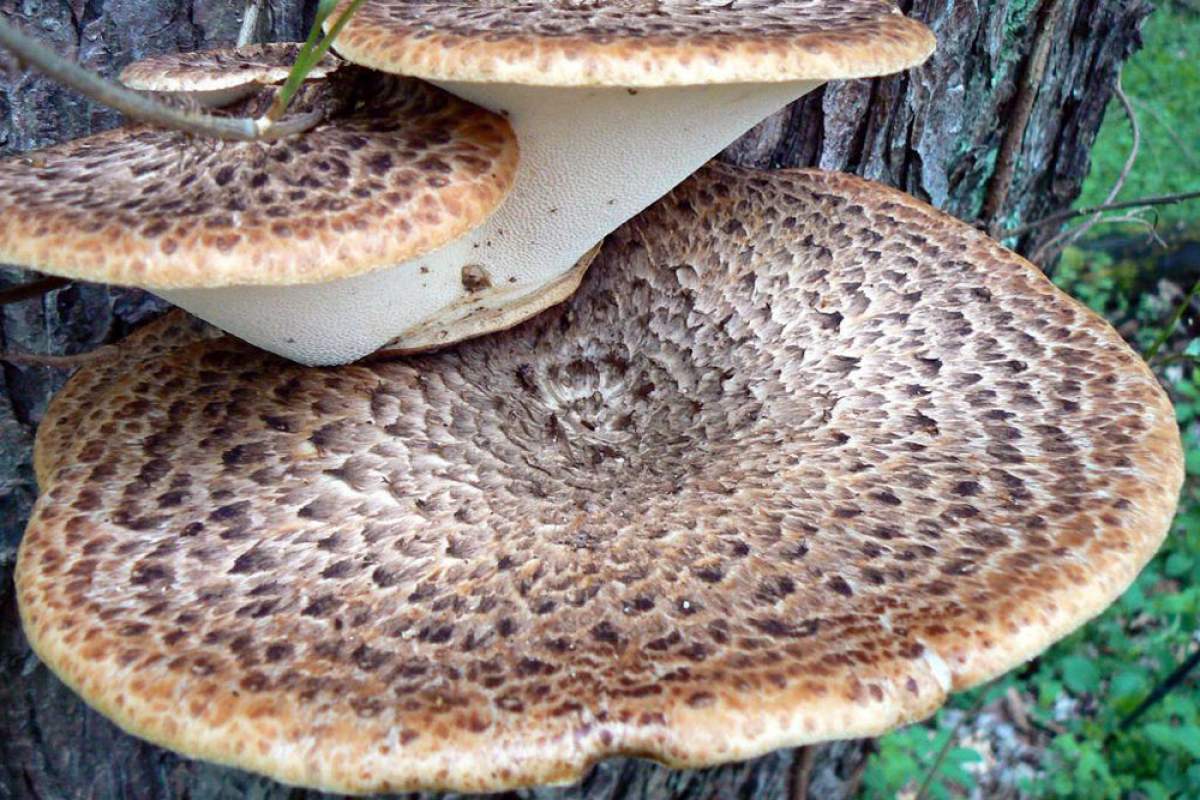 Walking in the woods, you might see shelf fungus growing from the side of an old tree, sometimes up to two or three feet across. What do you think, is shelf fungus the tree's friend or foe?

Some devastating plant diseases are caused by fungi, but shelf fungus can prolong an old tree's life. Here's how. All trees have a thick core of heartwood composed of dead cells at their centers. The tree's living, growing cells form a thin layer just under the bark. Shelf fungus doesn't eat these living cells, only the dead cells at the center.

Shelf fungus spores, carried by the wind, lodge in wounds in the bark of younger trees. Then they send threads through the living layer and into the heartwood, often lying dormant there until the tree ages. By the time you see the fungus growing on an old tree, it has consumed lots of dead wood inside. As rotted pulp drops to the ground, it nourishes the tree's roots. In fact, if it weren't for the fungus, the old tree would have no way to recycle the nutrients it put into its solid core over time. If the fungus hollows a hole in the trunk where birds or animals nest, their droppings nourish the tree too.

Shelf fungus can weaken trees if it eats too close to the living layer or makes a hole in the tree's side, but sometimes it makes an old tree more resilient by decreasing the amount of rigid heartwood, allowing the tree to bend easily in wind and survive storms that fell younger trees.