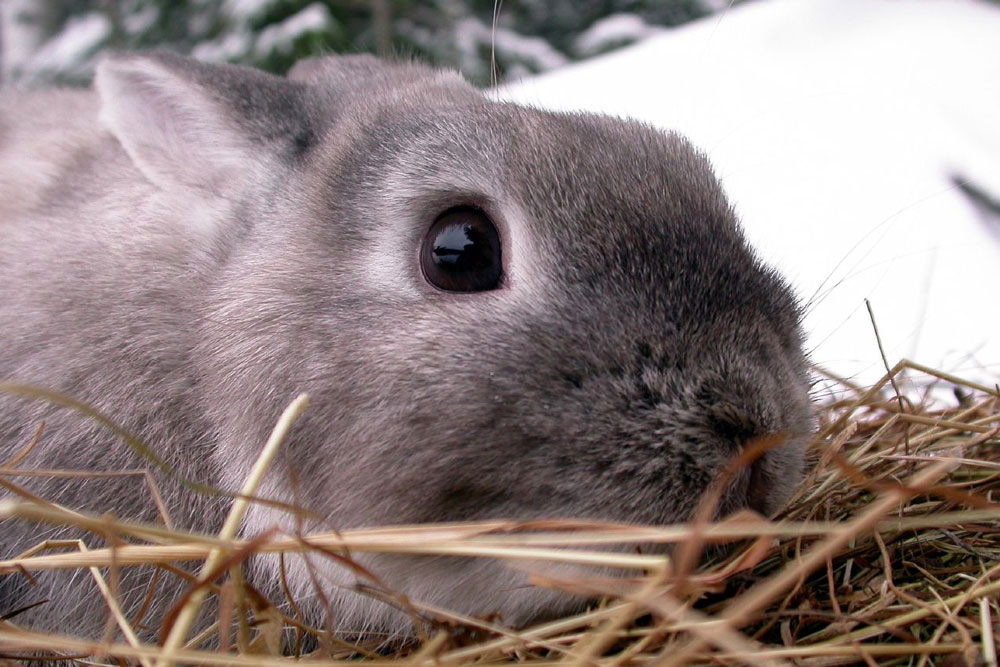 Suppose you are an animal. Well, actually, you are an animal, but suppose you're another kind of animal, maybe something small that might make a tasty snack for a larger predator. You're walking along one day when you see a big dog. What do you do?

Well, depending on what kind of animal you are, you have different options. A skunk can spray a noxious liquid that will repel predators, a cat can make its hair stand on end so that it seems larger than it is, or some animals, such as opossums, may pretend to be dead already.

There's another strategy all these animals have, though. You've seen it before, but maybe never thought about it. They can freeze.

When a squirrel or a rabbit or a chipmunk freezes, it can remain almost entirely motionless for minutes at a time. Try it yourself. Whatever position you're in right now, move nothing at all for the next minute. It's not so easy!

The reason an ability to freeze works as a defense is that a predator's attack behavior may actually be triggered by motion. A frog, for example, will literally starve to death in a box full of dead flies. Pass one of those flies in front of its eyes on a little string, though, and it will automatically gulp it down.

The response to freeze is completely hard-wired, so freezing shows us something about both predator and prey. Evolution has caused the freeze strategy to come into existence precisely because it fits in with the way the visual systems of predators operate.