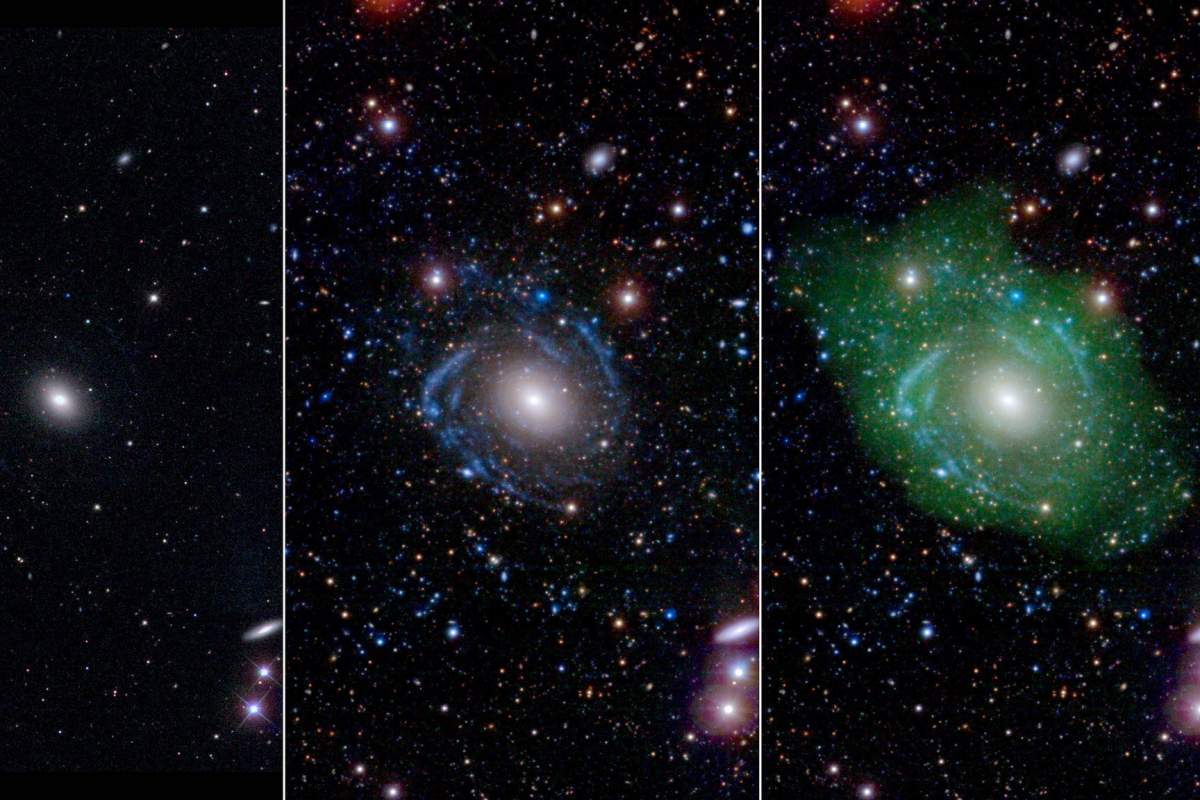 UGC 1382 is a galaxy 250 million light years away from Earth. For a long time, scientists thought it was a fairly small, runâ€‘ofâ€‘the mill galaxy. One that is elliptical, doesnâ€˜t spin, and could be described as football-shaped rather than appearing as a flat disk.

When a couple of researchers looked at images of it in ultraviolet light, they noticed that it actually had huge spiral arms.

Then, after putting together data from a lot of different telescopes, they found that it was ten times larger than originally thought. To give a sense of how big it is: UGC 1382 is more than seven times wider than the Milky Way Galaxy.

Whatâ€˜s even more interesting is that scientists theorize that the stars in the galaxyâ€˜s center are younger than the stars in the spiral disc surrounding it. Usually, itâ€˜s the other way around-galaxies grow outward, so stars, like tree rings, are youngest at the edges.

First, there may have been a group of small galaxies in that corner of the universe. Then, much later, a lenticular galaxy-a galaxy that is a rotating disc with spiral arms-formed nearby. More time passed, and the smaller, older galaxies fell into orbit around the larger lenticular one.

Together, they became UCG 1382 and what is colloquially being called a Frankenstein galaxy.