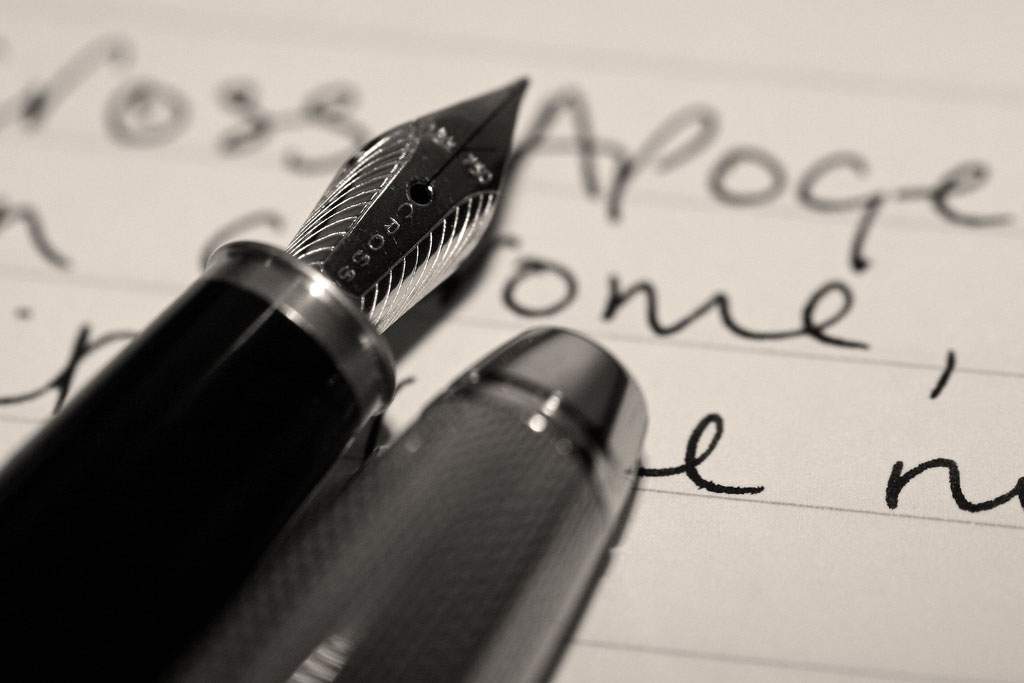 Looking for an elegant way to write your grocery list? Consider a fountain pen.

These writing instruments are pretty neat, and to get the ink flowing, they use four components: One, the reservoir, which is simply the cylinder that stores ink in the penâ€˜s handle.

Two, the nib, the pointed metal plate whose tip touches the paper.

Three, the feed, a plastic tube that connects the nib to the reservoir. The feed is especially important, since tiny channels in it allow air to flow up into the reservoir while ink flows down. The feed is also extremely narrow, which means that, if you hold a fountain pen upside down, the ink is unable to come out because air canâ€˜t get in.

And four, the collector, made of grooves behind the nib that prevent ink overflow. Ink comes down the pen--from the reservoir to the tip of the nib--thanks to gravity, and capillary action.

So when you press the pen to the solid surface of the paper--which is made of tiny, tube-shaped fibers--the paper draws out the liquid ink molecules, and each molecule of ink then tugs the ones behind it, like a chain.

And, as capillary action pulls the ink out, air moves up the pen through a slit in the nib and the air channel in the feed, resulting in a satisfyingly smooth flow of ink across your page.

Thanks to Arezoo Ardekani of Purdue University for reviewing this episode's script.