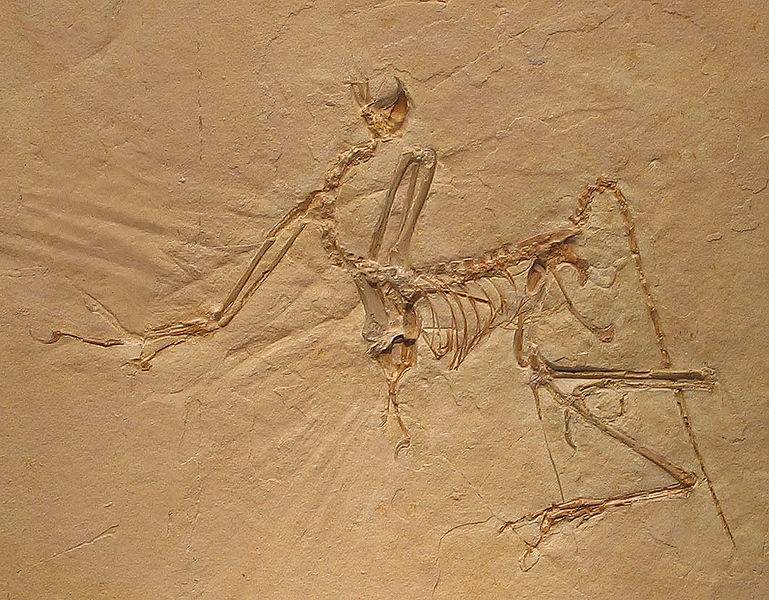 It's hard to believe, but bird flight likely arose millions of years ago in ancient dinosaurs.

In June, an international team of paleontologists reported discovering the fossil remains of a never before seen species of bird-like dinosaur. Led by Pascal Godefroit of the Royal Belgian Institute of Natural Sciences, the team made its discovery in a geological formation in Liaoning Province in northeastern China. The remains about a foot-and-a-half in length date to around 150 to 175 million years ago.

The fossil specimen was identified as a member of the suborder theropoda, a group of dinosaurs that, like modern birds, have a wishbone, air-filled bones and sometimes even feathers.

The Evolution Of Birds

Since Charles Darwin published his theory of evolution more than 150 years ago, reconstructing the family tree of descent linking all forms of life has been an important concern for biologists. This tree is reconstructed by a variety of methods, including comparing the anatomical traits and genetic sequences of modern organisms, as well as by searching for fossils.

Just two years after Darwin published The Origin of Species, the first of eleven known specimens of Archaeopteryx was discovered in Germany. Displaying a number of features common to birds and dinosaurs, the feathered Jurassic theropod provided the first evidence that birds descended from a dinosaur ancestor.

Since the 1990's, the Liaoning Province deposits in China have yielded a steady stream of bird-like dinosaur fossils, some of them featuring well-preserved feathers.

The Significance Of The New Discovery

A number of specimen unearthed in China had cast doubt on the traditional place of Archaeopteryx as the ancestor of all modern birds, suggesting instead that it was part of another group of dinosaurs called the deinonychosaurians. On this view, the ability to fly might have evolved independently from bird flight.

But Auronis xui provides new evidence in favor of the traditional understanding that fore wing-powered flapping flight evolved just once, and that Archaeopteryx along with Aurornis are indeed the ancestors of modern birds.