What Is A Flying Squid? 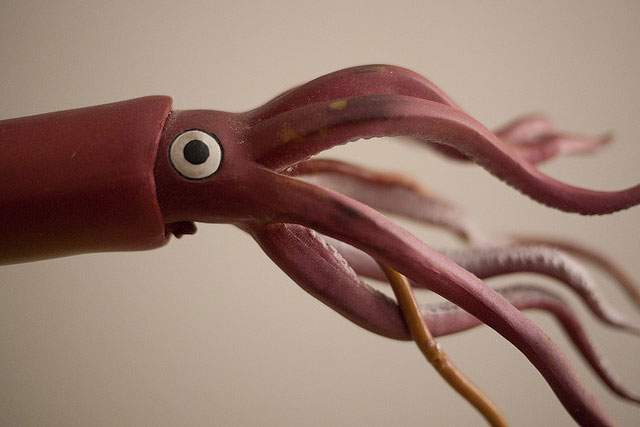 Who would win a thirty meter race: Olympic champion Usain Bolt, or a neon flying squid?

On land, probably Bolt. After all, he is the fastest sprinter alive. And squid can't run.

But if we're talking about jumping out of the ocean and flying thirty feet through the airadvantage squid. According to one study, flying squid travel through the air at an impressively swift 11.2 meters per second, significantly faster than the 10.31 meters a second when Bolt won gold at the 2012 Olympics.

Now, perhaps even more impressive than flying squid's airborne velocity is how it flies. When startled by or fleeing from a predator, these small, eight inch long creatures squirt a powerful jet of water from their stems that launches them through the ocean's surface and up into the air.

Once airborne, flying squid spread out their fins and tentacles. Together, the fins and webbing between the tentacles generate enough aerodynamic lift to allow the squid to glide above the water for about three seconds, covering a distance of about 33 yards.

When they fall back to the surface their fins and arms fold back in place to allow for a smoother re entry.

Scientists have known about flying squid for many years, but there was little hard evidence of how, or how long, they flew. Now, there's proof.

Flying squids' ability to leave the ocean for a few seconds gives them an advantage against ocean dwelling predators. But, it also makes them more vulnerable to other hunters, such as seabirds.