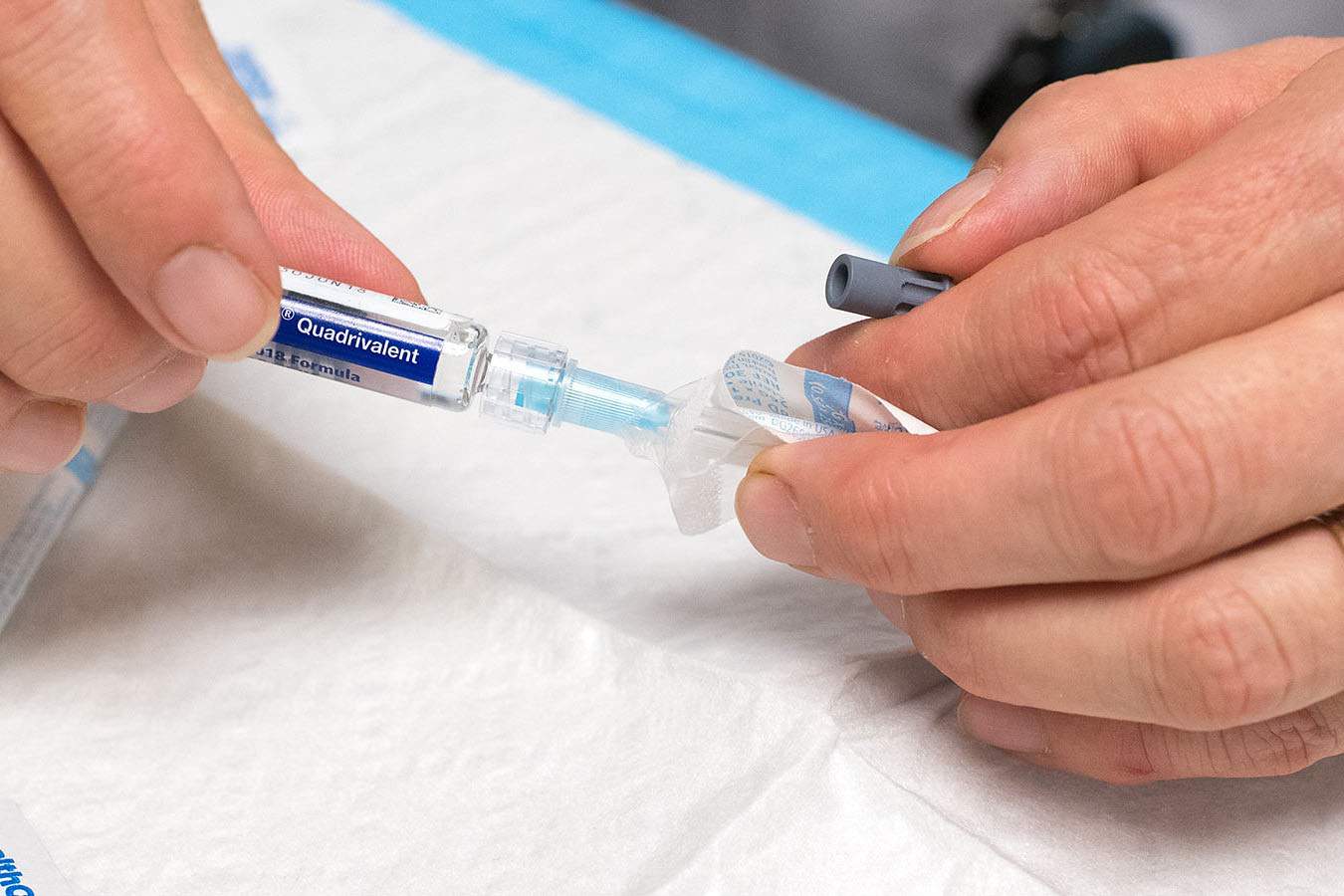 This year's flu season is already worse than usual. In Indiana, hospitals are restricting visitors. Some outlets have reported that the standard vaccine in the United States is only ten percent effective this year. In this post, we're going to give you some context to understanding how the flu virus works, what goes into formulating a vaccine, and what that ten percent figure actually means.

To be very simple about explaining the changes in flu vaccine effectiveness: the strains of influenza infecting people change every year. What people sometimes forget is that viruses like the flu, despite often having similar symptoms in people, aren't unchanging. The viruses are able to evolve and change when inside a living thing.

The flu virus can experience antigenic shifts and drifts. Remember, an antigen activates your immune system. It's what your white blood cells respond to.

An example of an antigenic shift is the 2009 H1N1, known as the swine flu. In 2009, that flu became a pandemic because people did not have immunity against the combination of genes in the virus. The reason why it's referred to above as the 2009 H1N1 is because there are four strains of the flu virus.

Type A viruses found in humans are currently H1N1 or H3N2. Sometimes, they'll get nicknames like Swine Flu or the Spanish Flu or be designated by year if the strain present in that flu season was especially nasty. But you've probably had H1N1 in multiple versions during your life.

Type B can also cause large-scale illnesses, and they're designated via their lineages rather than defined by their protein-types like the type A.

Type C are much milder flus. They can still make you sick, but don't spread as widely as the first two types. And Type D, which has only been fairly recently discovered, lives in cattle.

An antigenic drift is when those antigensand this is again really basic, if you want a much fuller scientific explanation in all its glory, go here for a general explanation or here for a direct explanation of flu strainsmutate. The change in composition makes you no longer have the same protections you might have had. So, even though your vaccine targeted an H1N1 virus, there's still a chance that antigenic drift caused the virus spreading among people to be different than the strain scientists targeted.

If you're interested in learning about vaccines in general, here's a previous A Moment of Science for you to check out.

It's also normal for your body's responses to vaccines to be less effective over time. The flu virus can shift and change enough that a yearly vaccination is necessary. And it's why you need to get a Tdap vaccination every ten years.

If you've forgotten or don't have records of having certain vaccinations, consult with your primary care physician. She can determine whether or not you should get a shot again or for some vaccinations, administer a titer test to see if you still have those immunities.

Now, to the next part of why the flu vaccine might have been ineffective this 2017-2018 flu season.

When you get a flu shot, you're getting a shot that targets strains of the virus.

A lot of work goes into analyzing which strains might be most effective for the coming flu season. One key resource scientists in the United States use is information based upon the previous flu season in Australia because their winter is our summer. Scientists use modeling, research on the changes they've seen, and perform careful surveillance of the emerging global trends.

The reason why the "ten percent effective" figure is being used so regularly in the media at this time in the United States is because of assumptions being made based upon the most recent Australian flu season. Because their flu season has finished, scientists and doctors there were able to determine that the flu shot administered was only ten percent effective.

Scientists in the United States can guess based on that the US might also find similar results, but it's not possible for them to know until after the flu season is finished.

Finally, even if the flu vaccine is more effective in the United States than it was in Australia, the strain of virus we're experiencing does matter. This year's most prevalent strain is an H3N2.

Julianna LeMieux wrote for The American Council of Science and Health: "Previous flu seasons when H3N2 led the pack were more severe, especially among young children and older adults. Between the years 2003 to 2013, the three flu seasons that were dominated by H3N2 strains of the flu had the highest mortality rates."

Even though the flu vaccine might not be as effective as it could be, if you haven't gotten it yet, you should still do it. You still have better odds of not getting sick and infecting others.