How To Find A Tasty Tomato 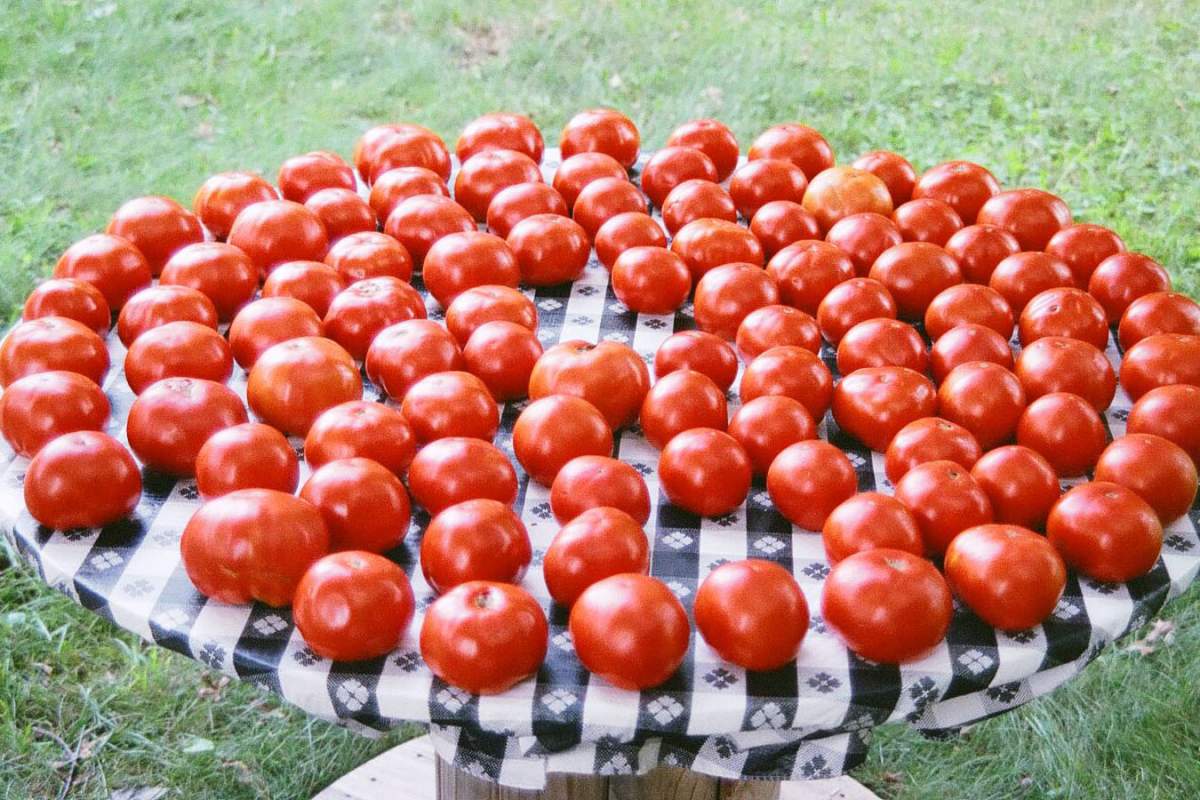 Most of us have had the same experience. We see a big, red tomato in the grocery store, take it home for our salad, and find out that it tastes like cardboard.

You might think that the tomato ( Solanum lycopersicum) is sub-par because it's been picked before it ripened, or shipped across the country. Those things can be true, but scientists have found another reason why modern tomatoes have little or no taste. It's in their genes.

The problem began with the idea that tomatoes needed to be one consistent attractive color that was attractive to consumers. The tomatoes that were grown at that time, old-fashioned or heirloom tomatoes didn't ripen consistently.

Some areas would be red, while other areas, usually near the stem, would be white or green. About seventy years ago, tomato breeders accidentally discovered a variety that turned red uniformly. They even called it, "All Red."

Consumers liked the way the tomatoes looked, and companies that made ketchup and tomato sauce could make better looking products.

The trouble was, red did not equal tasty.

While experimenting with weed genes that turned tomatoes dark green, geneticists accidentally discovered one of the reasons why today's tomatoes lack taste. Modern tomatoes are light green before they turn uniformly red.

Surprisingly, the mutation that gives tomatoes uniform red color actually disables some of the ripening genes. Those genes allow the fruit to make its own sugar which makes the tomato sweeter. The genes also increase the amount of carotenoid pigments, which give tomatoes the red color.

When researchers turned the ripening genes back on, their experimental tomatoes had twenty percent more sugar and up to thirty percent more carotenoids.

Unfortunately, regulations prohibited researchers from tasting their experimental fruits, but you can try eating heirloom tomatoes. Some varieties might not be as pretty, but are tastier.

This is, of course, just one of many factors. We have some links below if you also want to read about the links between how soil-type can affect the flavors of store-bought (and homegrown) tomatoes.