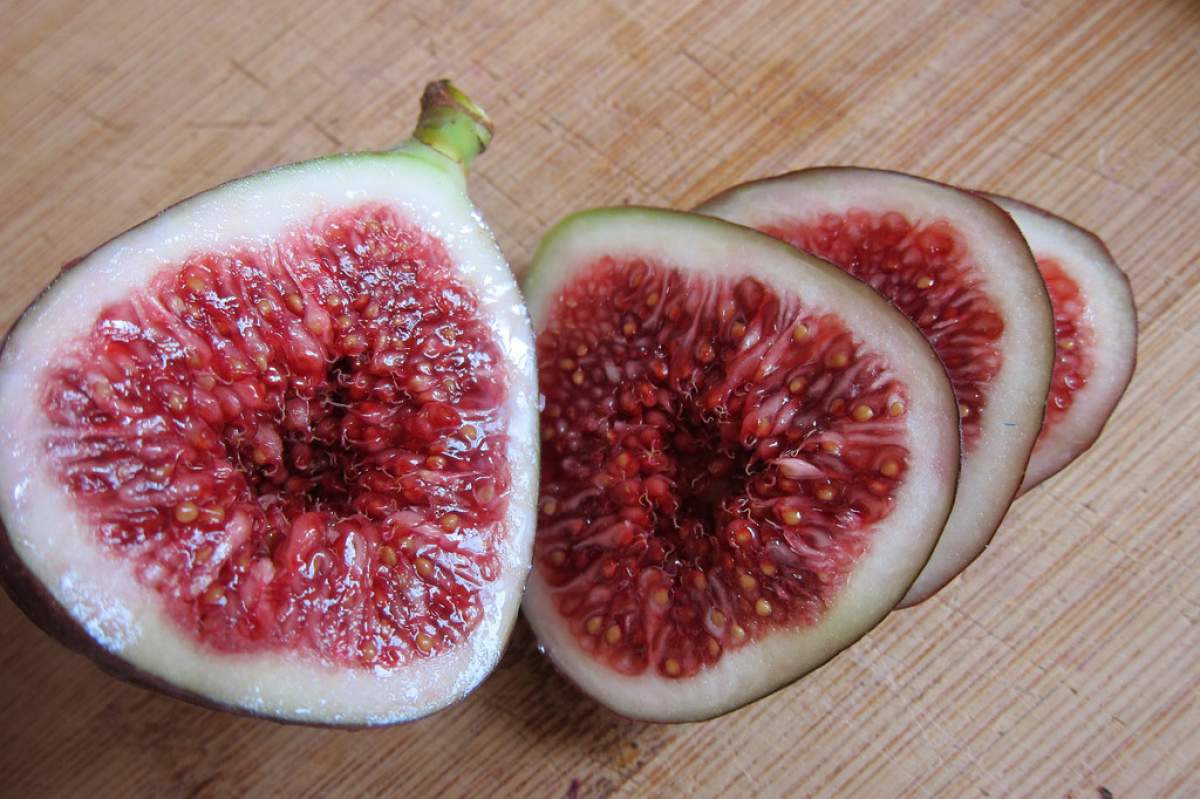 Figs (Ficus) are a delicious snack and dessert. They're also much more complicated than they appears.

While many people eat figs and might assume, based upon where their local supermarket stores them, as either a fruit or berry, they're actually flowers. Instead of blooming where humans can see them, they have thousands of individual flowers folded up inside.

Because of that structure, they can't rely on bees or wind to pollinate them with a male fig's pollen. That's where the fig wasp comes in.

This is the general process (remember, there are many fig varieties and some don't even need to be pollinated to produce consumable figs): A female wasp crawls inside a male fig, which is the perfect shape for her to lay her eggs in, losing her wings along the way. She dies soon after laying her eggs and because without wings, her body's nutrients are slowly absorbed by the fig.

After the eggs hatch and mature, the males mate with the females. Then the males chew tunnels to the surface of the fig. But that's their only roles.

They die inside the fig soon after. Then the females crawl through the tunnels. Carrying pollen from the fig they were born in, they fly to another fig to lay their own eggs.

The fig wasps don't know if they're entering a male or female fig, though. If they end up in a female fig, they pollinate it, but the fig isn't the right shape for them to lay their eggs, so they just wait there until they die.

Together, these are examples of successful codependent evolution. Figs grow in several different environments that are often difficult for other plants to thrive in. Many species depend on figs (and the dead wasps within) for their survival because they're a nutritious and readily available for source.