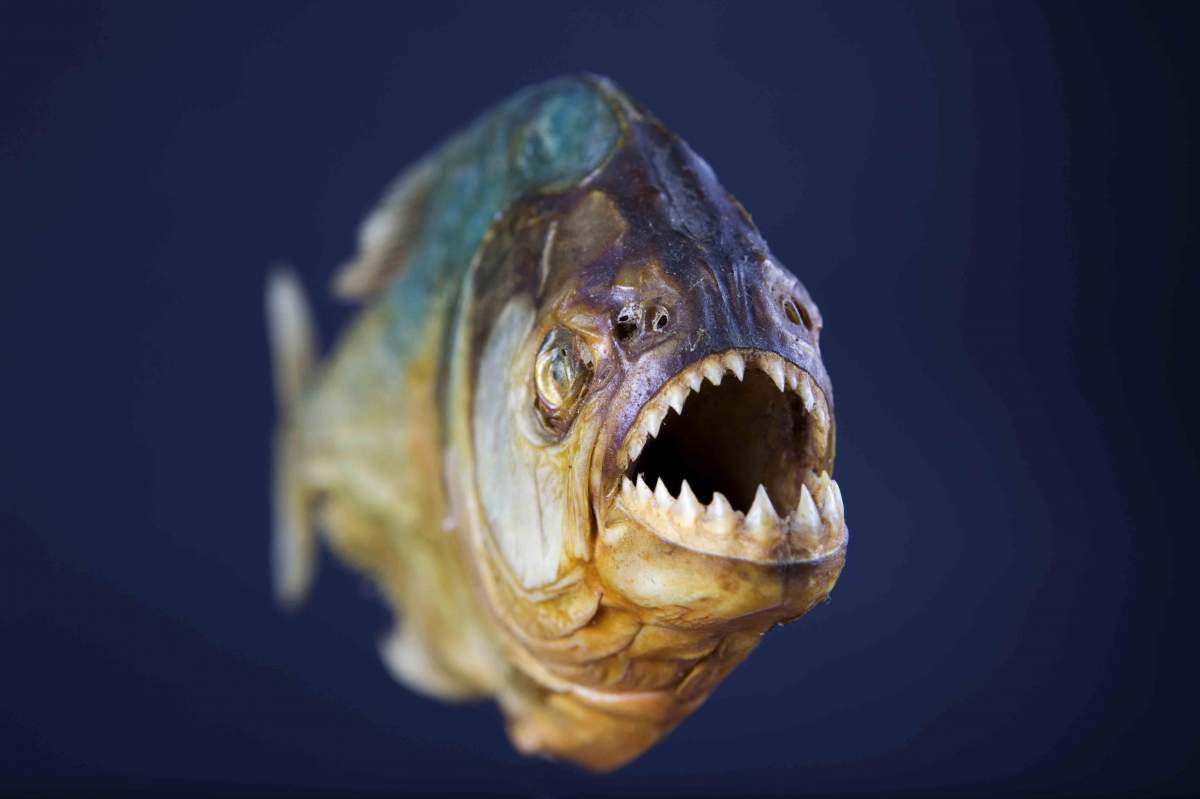 The movie Jaws was so frightening that many people who saw the film swore off swimming in the ocean. Consequently, when most people think of fearsome sea creatures, sharks immediately come to mind.

Less well remembered is the movie Piranha, a Jaws knock-off that featured deadly tropical fish terrorizing a small-town river. But while Piranha may have been toothless, in real life its featured predators put sharks and all other aquatic creatures to shame when it comes to underwater ferocity.

Piranha are native to South American freshwater rivers. Although legends abound about their eating prowess, most of the 20 species of piranha are actually vegetarian. They are flat, oval-shaped fish that grow from 10 to approximately 24 inches in length.

Eat or Be Eaten

The four species of piranha that are carnivorous, however, certainly earn their reputation as fierce fish. These meat-eaters have powerful jaws and razor sharp teeth that fit together like cutting shears when they bite. Piranha travel and hunt in schools of about 20 fish, and can engage in impressive feeding frenzies when aroused by blood or commotion in the water. Carnivorous piranha will eat anything from other fish to large mammals such as cows and even jaguars that wander too far into the water.

Although flesh-eating piranhas sometimes attack people, humans tend to have the last laugh. In South America and elsewhere, piranha are considered a fine delicacy. It's safe to say that many more piranha are eaten by people than the other way around.