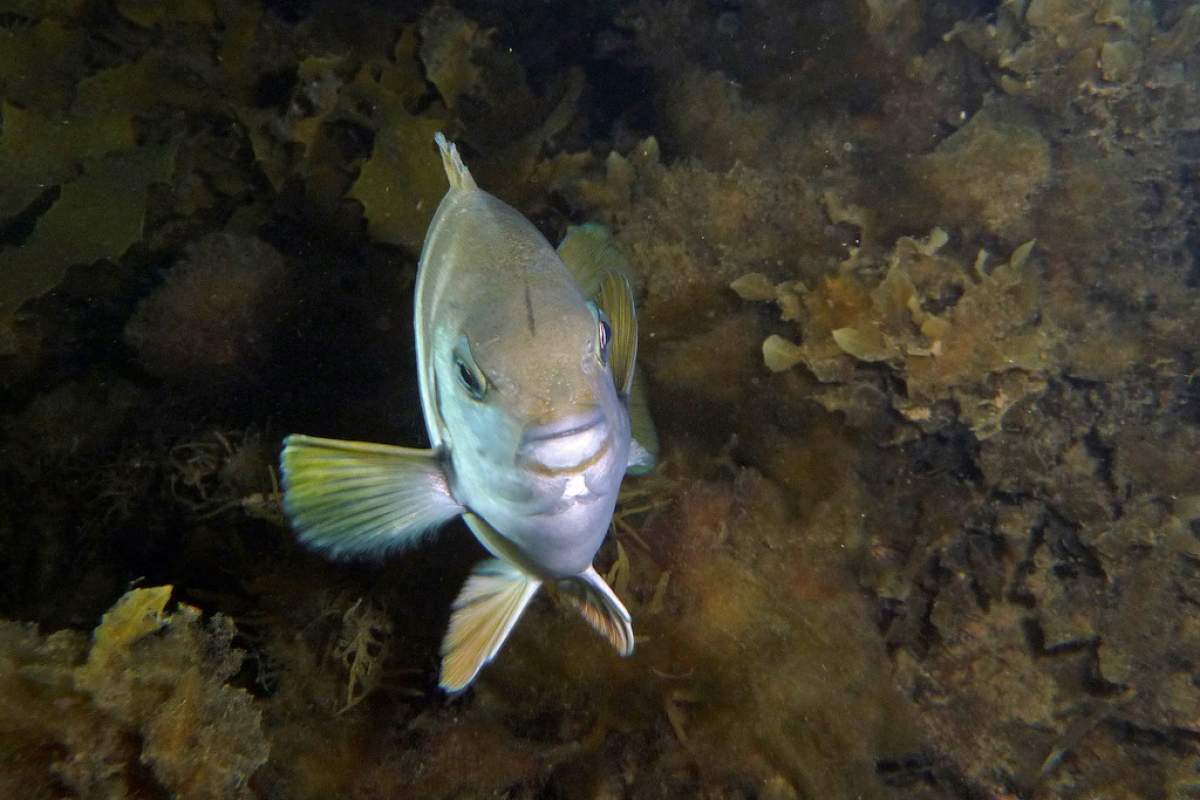 Scientists have suspected for many years that fish might give off a chemical signal to warn other fish about the presence of predators. When a fish in a school is injured, for example, the rest of the school will panic and swim away in response.

Scientists dubbed this unknown chemical "Schreckstoff," or "scary stuff" in German, but they didn't know what it was composed of until recently.

A major component in fish skin, chondroitin sulfate, appears to be the mystery chemical. When a fish is wounded, this substance is converted by enzymes into sugary molecules that are then shed into the water.

Scientists tested one of those molecules, glycosaminoglycan chondroitin or GAG for short, on zebra fish. They found that the sugary warning is detected by special crypt cells in the brain's scent processing olfactory bulb. This region is directly connected with higher areas of the brain and could initiate a quick flight response in fish.

Scientists have also found that closely-related species sometimes respond to each other's warning signals, but unrelated species do not. This suggests that there may be a variety of sugary-smelling molecules, with each species producing their own version.

Because the zebra fish brain is relatively simple, this research is allowing scientists to investigate at the cellular level what happens in the brain when an organism detects danger. It will allow them to see how groups of neurons regulate behavior and emotional responses.

Fortunately, fear doesn't smell sweet for humans. We can enjoy all the apple pie, ice cream, candy and cookies that we want.