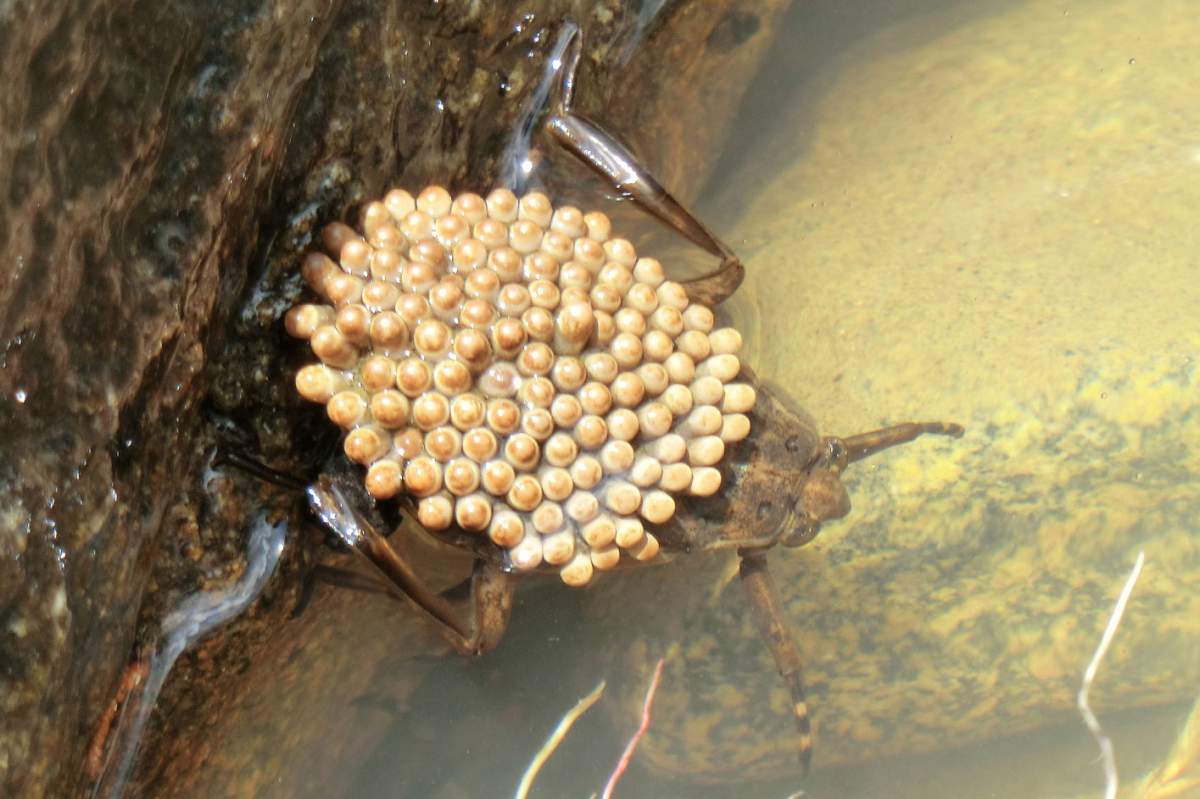 Ever feel like your kids don't appreciate how hard you work to provide for them? At least you don't have things as bad as the male giant water bug.

As part of the mating process, the female water bug latches onto the male water bug and cements as many as 150 eggs to his back. Then she bolts in a classic love 'em and leave 'em scheme. But the male doesn't have time to mourn his broken heart; he's too busy shouldering the brunt of parenthood.

Papa bug works around the clock to protect his eggs during the monthlong period before they hatch. He does deep knee bends to circulate the water around him and aerate the eggs, and suns himself to ward off parasites.

After three weeks of this regimen, the eggs triple in size. Because the maturing eggs may appear tantalizing to the cannibalistic water bug, the expectant father goes without food altogether so he doesn't accidentally eat his young.

The male water bug isn't the only self-sacrificing dad out there. The male emperor penguin stays inland and away from food while incubating his mate's eggs. He survives the long Arctic winter only on his body's fat reserves until after his offspring hatch.

You and your kids may not always see eye-to-eye, but there's one thing you can all agree on. You're lucky you're not water bugs!