Scaring Birds Off With Lasers 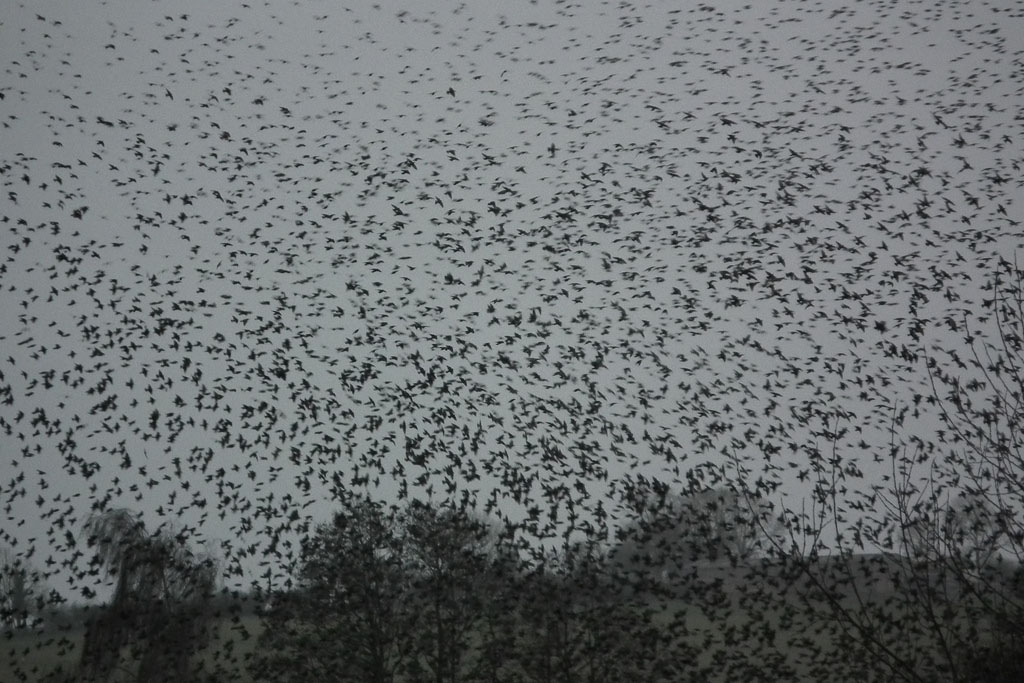 If you're a farmer--maybe one who owns a cherry orchard in the Pacific Northwest--you'll no doubt have to defend your crops against birds. Some birds, like starlings, fly in flocks two to three thousand large.

In such numbers, they can cause twenty to thirty percent damage loss in crop yields. That's a huge problem.

Keeping the birds at bay is no easy fix: a few scarecrows won't be enough for large farms; squawk boxes and propane cannons are inefficient, and they annoy the neighbors; falconers can be very expensive, while falcons themselves are prone to unexpected departures, leaving crops exposed.

Now, some Northwest farmers are installing automated lasers to protect their fruits. Mounted on metal posts, the lasers look like security cameras, and they shoot beams that crisscross in erratic patterns. At 4 AM, during peak bird activity, the lasers are imposing webs of green light.

Wayne Ackermann, an agronomist who distributes farm technology like these lasers, says that birds likely see the laser beams as physical barriers, which scare them away. These lasers are engineered by the Netherlands-based Bird Control Group. They are designed to project rays downward, so that no stray beams catch a pilot's eye in the air.

The jury is still out as to whether the lasers harm birds. Esteban Fernandez-Juricic (Hoo-ri-chik) and his team at Purdue University are in studies now to determine if the lasers expose birds to harmful effects that could damage their eyes.

Trial experiments in 2015 by marine scientists found a wide variation in birds' responses to lasers, depending on species type and time of day.

Thank you to Esteban Fernandez-Juricic of Purdue University for reviewing this episode's script.