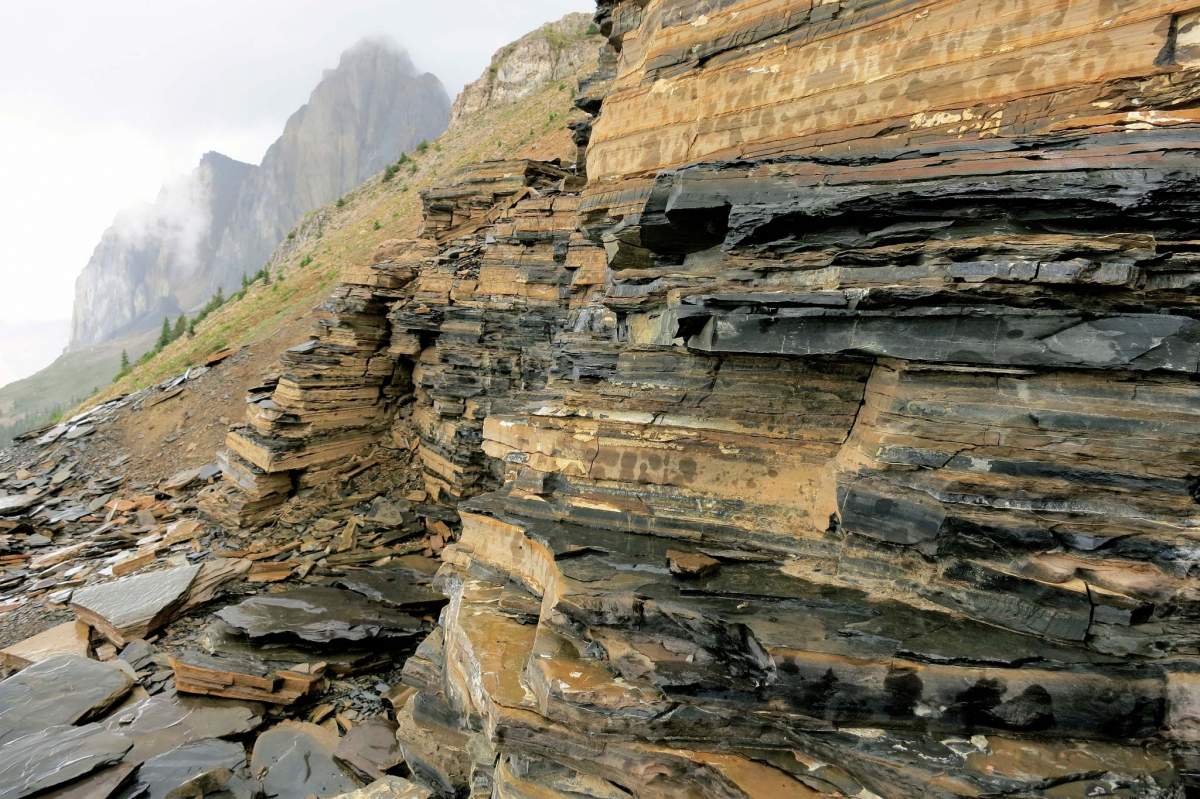 Here's how to kill two paleontology mysteries with one stone:

Mystery number one involves an animal so bizarre looking that the scientist who discovered its fossilized remains named it Hallucigenia. Hallucigenia was a small, soft bodied creature that lived over 500 million years ago during the Cambrian period. It walked along the ocean floor using several pairs of primitive "legs," and it sported two rows of sharp, protective spines on its back.

Specimens have been found at British Columbia's Burgess Shale fossil beds. However, since soft bodied animals are so rarely preserved, scientists had no idea where else in the world Hallucigenia might have lived.

Mystery number two involves a perplexing group of pointy Cambrian fossils that are relatively common worldwide. The structure of these tiny fossil spikes is a bit like a stack of ice cream cones: It's a series of cone-shaped interlocking segments. However, scientists had always wondered what, exactly, these mysterious fossils were. Could they have belonged to a larger animal?

Here's where our fantastic fossil find comes in.

During the summer of 2012, palaeontologists were collecting Burgess Shale type fossils at a new quarry in British Columbia. They came across a particularly well preserved Hallucigenia specimen. Under the microscope, it revealed an astonishing fact: Hallucigenia's protective spines share the same "stacked up ice cream cone" structure as our "mystery number two" fossils!

This realization provided a simultaneous solution to both mysteries. Number one: the spiky fossils belong to Hallucigenia, or at least its very close relatives. And, number two: those funny looking Hallucigenia critters were worldwide residents of Cambrian ocean floors.

"Beyond the Burgess Shale: Cambrian Microfossils Track the Rise and Fall of Hallucigeniid Lobopodians" (Proceedings of the Royal Society B)