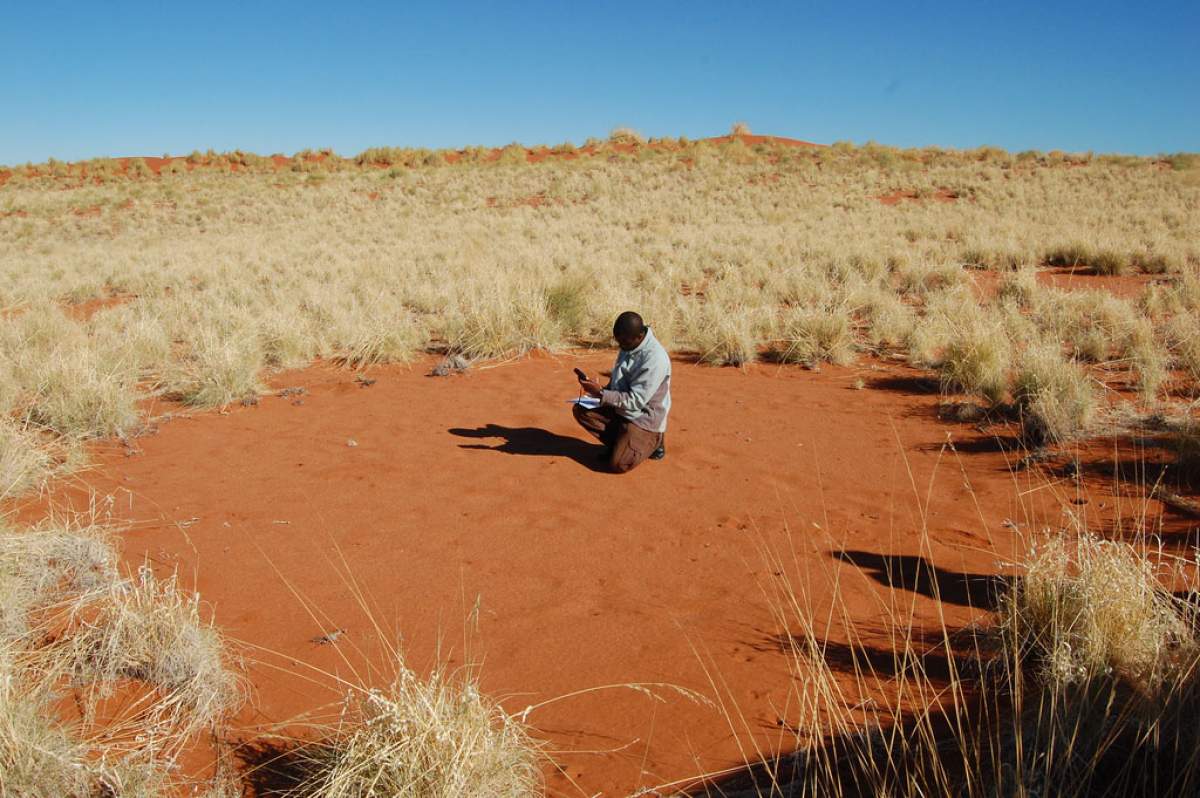 The Namib Desert in Africa is home to a natural phenomenon that's stumped scientists for years: regularly spaced circles of bare, orange sand surrounded by thick grass. They're known colloquially as "fairy circles."

According to local myths, they were the footprints of the gods, or patches of land poisoned by the breath of a subterranean dragon.

Scientists couldn't agree on an explanation either. For a while, there were two major theories. One proposed the circles were caused by termites eating the roots of plants and leaving circles of bare earth behind. The other suggested they were a result of a competition for resources between desert grasses.

Now scientists think that it may not be one or the other, but a combination of the two. It's the interaction between the termites and grasses that creates these mysterious circles.

Using computer models, scientists found that the circles of bare earth are created by termite colonies that eat the roots of vegetation growing on their mounds. Every desertâ€‘dweller does what it can to conserve water: by removing vegetation, termites make sure they can safeguard some water in their bare circle of earth, instead of letting plants suck it all up.

The vegetation around the mounds takes advantage of the water that accumulates in these bare patches to grow taller, which forms those circles of grass we see.

The circles are so regularly sized and spaced because they're made by different, similarly sized termite colonies that compete for resources, and treat the space in between their mounds as a kind of no man's land.

Thank you to James Bever of the University of Kansas for reviewing this episode.