The Eye of the Dung Beetle 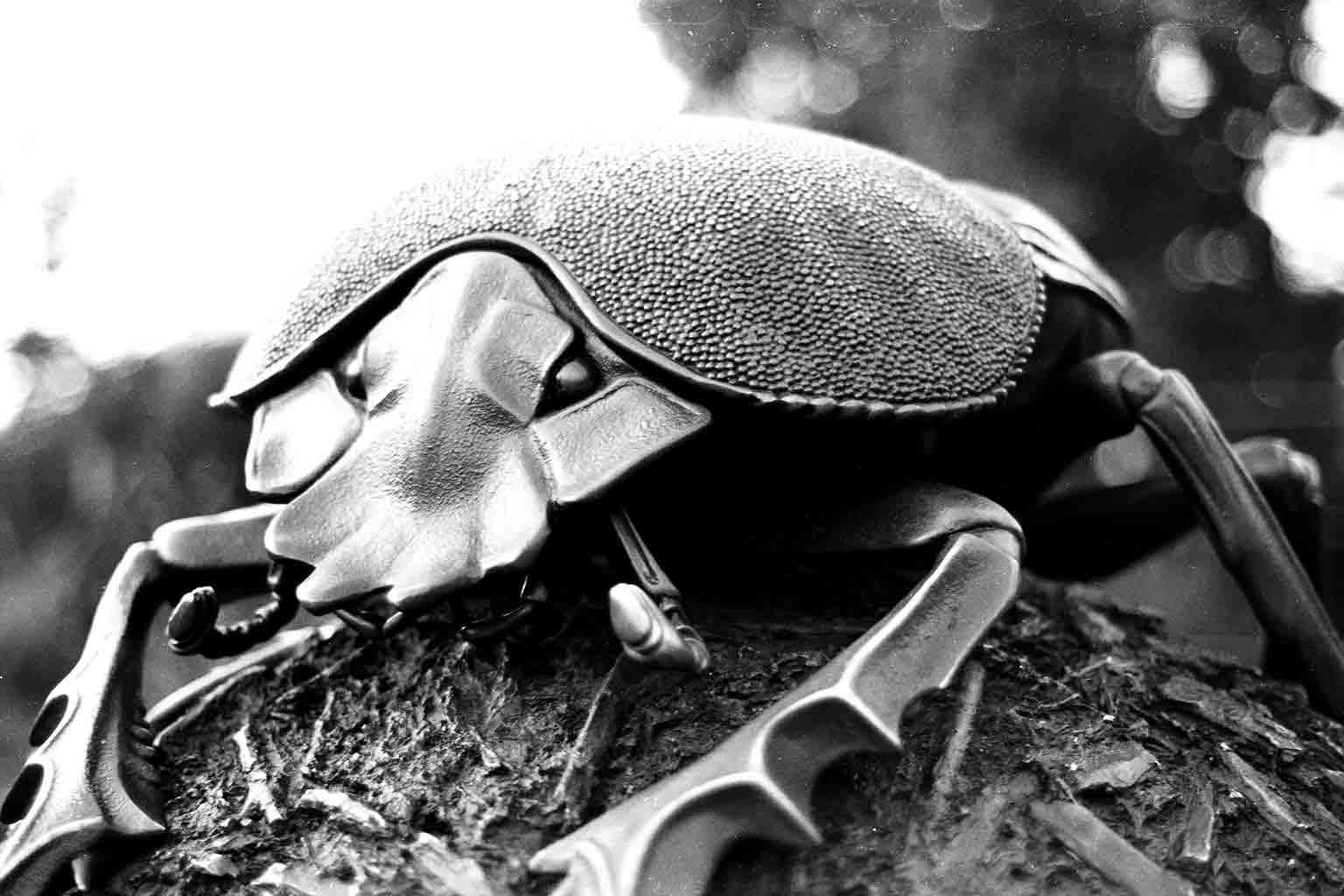 By the Light of the Moon

A number of animals, including honeybees and butterflies, use sunlight's polarization in their navigations, but the dung beetle is the first animal ever discovered to use moonlight's polarization to guide its travels. Polarization happens when some of the light from the sun interacts with particles in the atmosphere, causing the light to vibrate along a single plane. Polarized light is invisible to the human eye.

It's been known for some time that the eyes of some insects are sensitive to polarized sunlight, but what is remarkable about the dung beetle is that moonlight is one-millionth the strength of sunlight and requires a good deal more of a pair of eyes.

There are many dung beetles competing for a limited amount of food at a dung pile, so when an individual is finished rolling a ball of dung it is in its best interest to make a quick escape. And the fastest way to travel is in a straight path. Scientists noticed that when the moon was visible these dung beetles did just that; they traveled in straight paths. But when it was a cloudy night, the beetles' paths became shaky and erratic.

To be sure the beetles were indeed using the moonlight's polarization and not the moon itself the researchers used a filter that changed the pattern of the polarized moonlight by 90 degrees. The beetles responded by changing their course by 90 degrees.

Scientists suspect that the dung beetle isn't the only animal to navigate by the moon's polarization, and that more such creatures will be discovered.