Evolution of the Java Jive 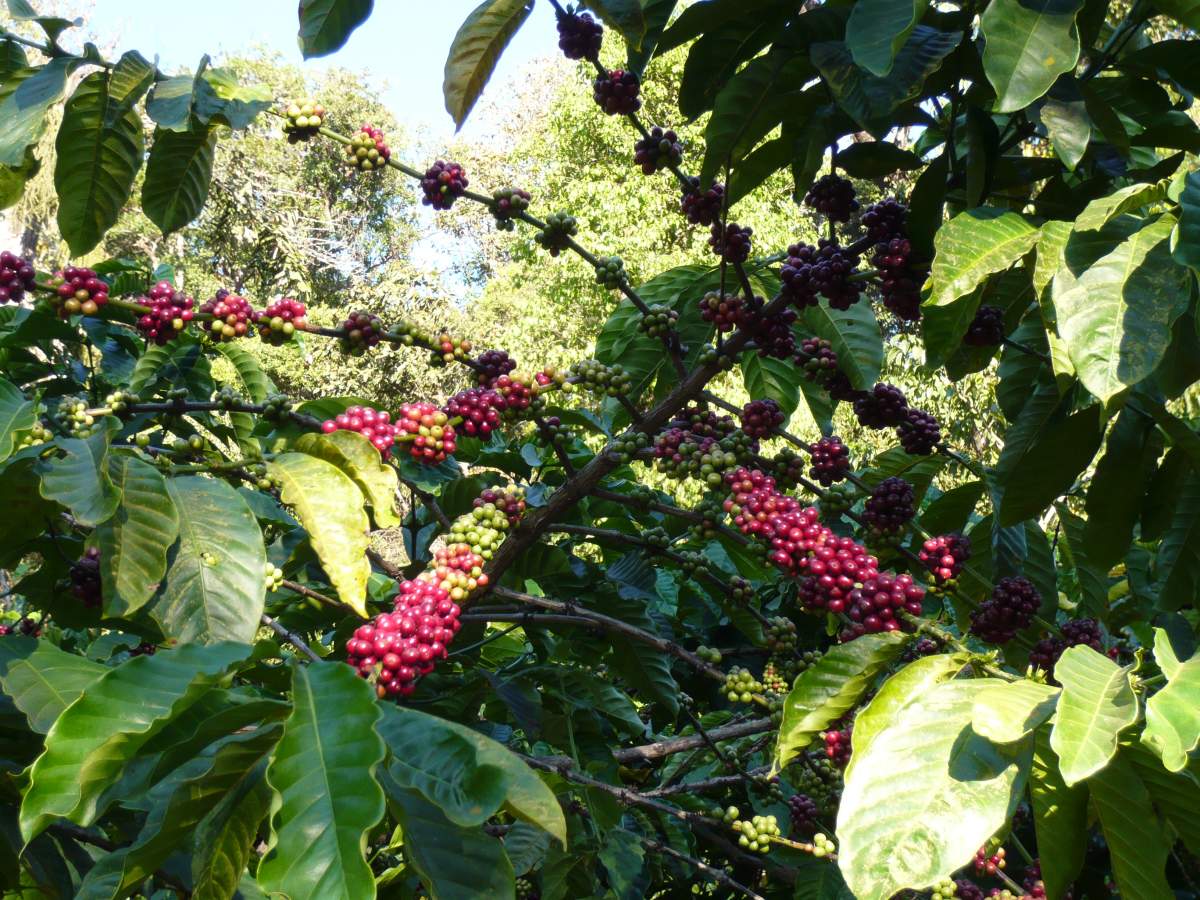 Did you start your morning off with a cup of coffee? If you did, yours was one of over 2.25 billion cups that will be drunk today. A group of international scientists wanted to learn more about how the popular plant got its buzz, so they sequenced a genome ofÂ Coffea canephora, commonly known as Robusta coffee.

Caffeine can be found in tea and chocolate as well, and researchers wanted to know if the three had a common ancestor, or if they evolved separately.

The coffee bean is more closely related to the tomato and the sweet potato than it is to cacao or tea leaves. However, unlike the tomato and sweet potato, coffee plants contain many more N-methyltransferases, enzymes important to caffeine production.

The researchers discovered that these enzymes were more similar to other genes in the coffee plant than they were to the enzymes that produce caffeine in chocolate or tea. So it is likely that the three species do not share a common, caffeine-producing ancestor.

Instead, coffee, tea and cacaoÂ plantsÂ developed caffeine independently from one another, in a process called convergent evolution. That means they started out with different, unrelated genes.

Why would caffeine evolve in plants?

Turns out we aren't the only ones who benefit from the caffeine in coffee--it helps the plants, too.

Caffeine works as a natural insecticide, dangerous to bugs who want a snack. It also helps coffee beat the competition from other plants: When soil near coffee plants seeps up some of the caffeine, other plants have trouble germinating there.

But caffeine doesn't always deter other plants. If nectar contains small amounts of it, pollinators are more likely to remember the plant's scent and return.Â Of course, caffeine has aÂ similar effect on us, and we, too, are likely to return again and again to our favorite caffeine-nectar dispensary.