The Search For Microbial Life On Europa 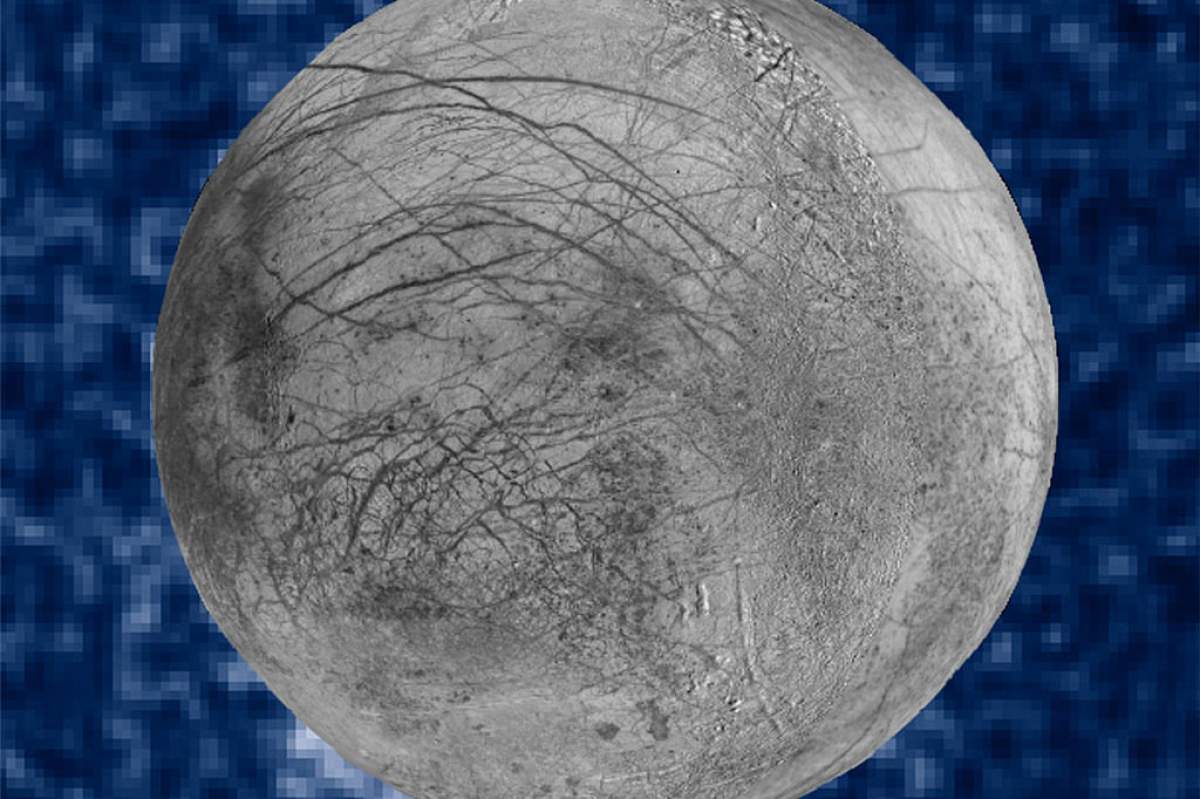 Via NASA: "This composite image shows suspected plumes of water vapor erupting at the 7 o’clock position off the limb of Jupiter’s moon Europa. The plumes, photographed by NASA’s Hubble’s Space Telescope Imaging Spectrograph, were seen in silhouette as the moon passed in front of Jupiter."

Why do they think those dark fingers are water? Scientists are saying they don‘t know any phenomenon other than water jets that could explain the images.

Plus, the dark streaks appeared in a place that looked very similar to where scientists had detected an excess of hydrogen and oxygen molecules aka the building blocks of water.

Scientists already know that Europa has an underground ocean. So how do these water jets add to their understanding of water on Europa?

Europa may have all the ingredients for sustaining life: water, energy, and nutrients.

They think that there‘s a possibility that there‘s microbial life on Europa because of that underground ocean. One issue with proving that hypothesis is that where the microbial life could be buried many miles under the moon‘s surface. Trying to land there and drilling out a sample of water through layers of ice would be really challenging.

If Europa really does shoot out jets, it would make testing the water a lot easier.

NASA and the European Space Agency currently have flyby missions in the planning stages for the 2020s. While these missions currently have not announced plans to test these water jets, they are hoping to ascertain the habitability of Europa.