Your Thoughts Could Be Music 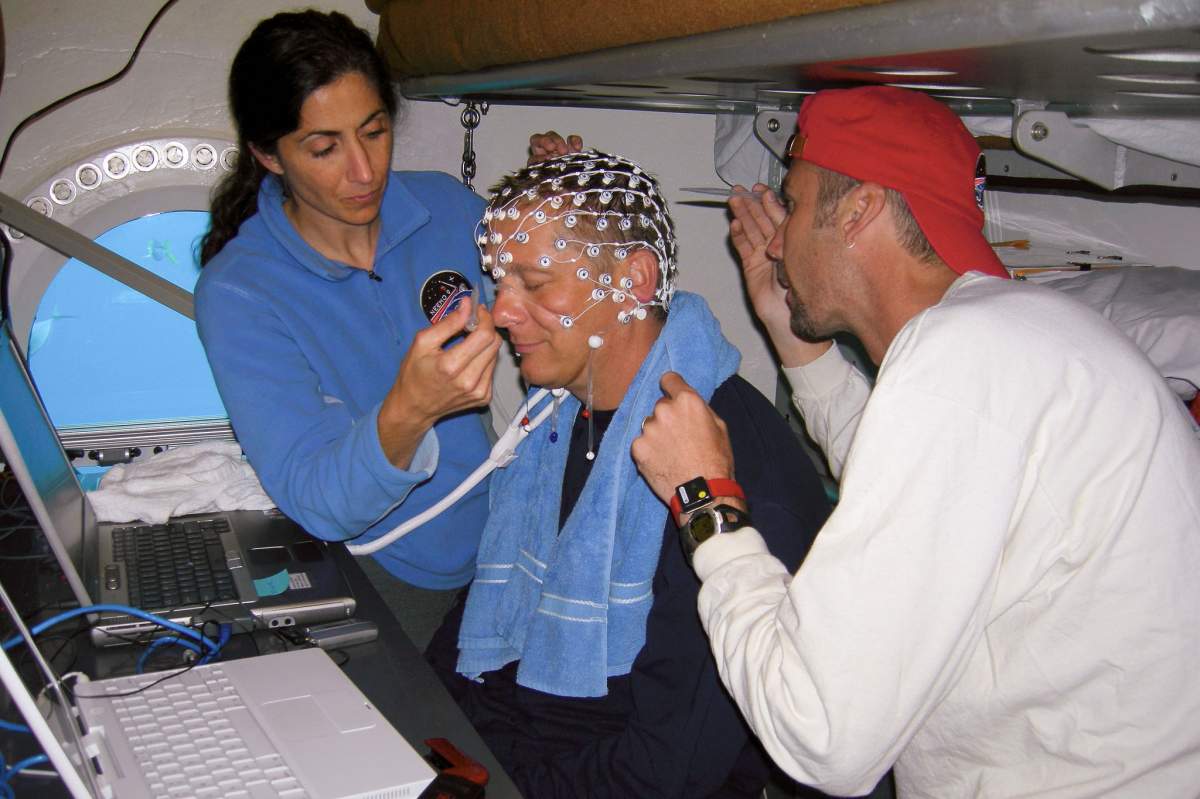 The saxophone was too squeaky. The piano was too complicated, and it made your wrists hurt. You hate getting blisters, so string instruments and drums are out. But still, you want to learn how to play an instrument.

Maybe you should give the encephalophone a try. It's an instrument scientists are developing that you can control with your mind.

It sounds like a joke or something out of a really good sci-fi novel. But scientists are really working on it.

A musician wears an electroencephalogram cap that has electrodes on it. The electrodes pick up electrical signals caused by thoughts or actions the musician has or makes.

The signals then move to a computer that converts the signals into the value from 1 to 8, and then to another computer that turns the values into eight musical notes in the key of C for a synthesizer to make.

There are specific thoughts that the player has to think to make music.

Still, not sold? The music made by an electroencephalogram sounds like electric piano or strings: basically, any sound a synthesizer can produce.

Thank you to Thomas Deuel, Swedish Neuroscience Institute and U.W. Center for Digital Arts and Experimental Media (DXARTS) for reviewing this episode's script.