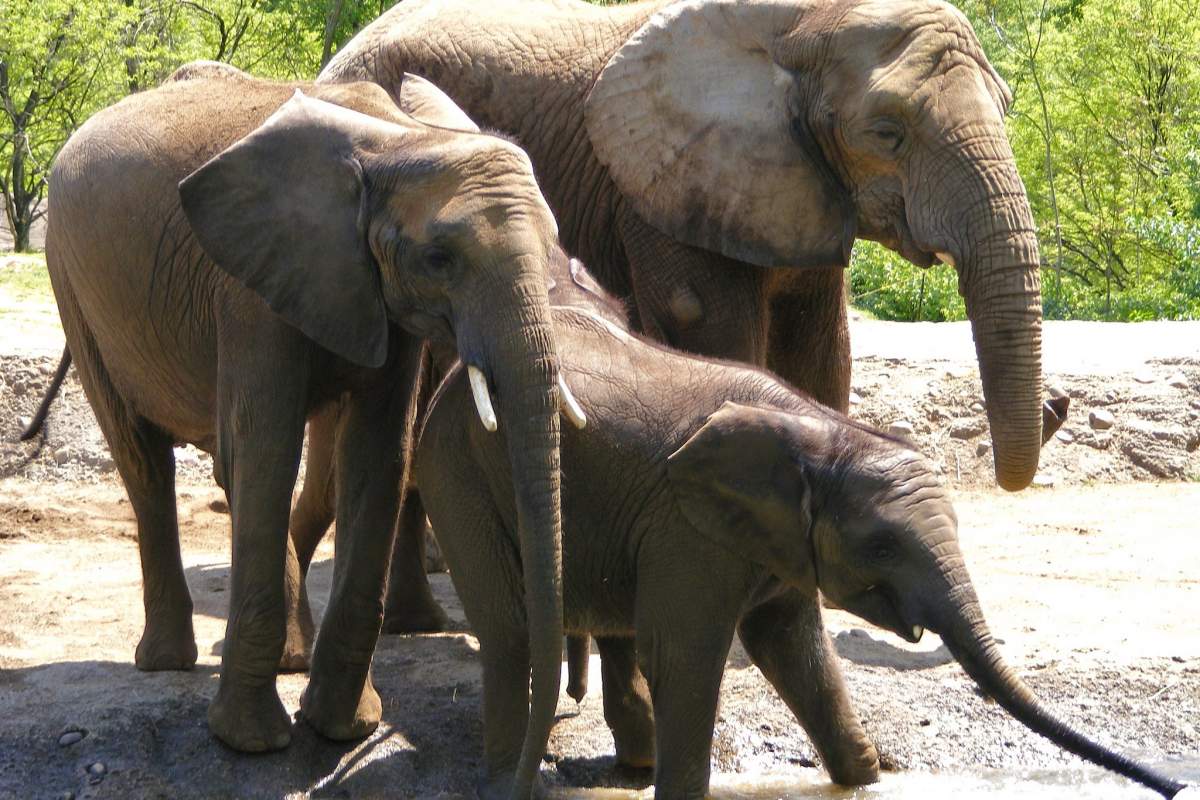 Enclosures with multigenerational groups of Asian elephants--grandmother, mother, and daughter--aren't very common in zoos, but they may be crucial in increasing the longevity of elephant calves.

Researchers analyzed data collected on semi‑captive Asian elephants in Myanmar. They found that, if an elephant mother younger than twenty had a calf, and the grandmother lived in the same location, the calf was eight times more likely to survive than calves born to young mothers without the grandmother elephant present.

They also found that the presence of a grandmother decreased the amount of time mothers took between births by a year, so having a grandmother around ultimately means more elephants are born.

The presence of a grandmother wasn't as important to older mothers since it's likely that when a mother's already reared a good number of calves, she's more likely to have enough experience to rear her calves successfully herself.

This is especially helpful because elephant calves born in captivity have an estimated fifty percent mortality rate. Beyond zoos, scientists hope to educate poachers that the killing of an elderly female elephant could have wide-reaching consequences for her herd.

Suomen Akatemia (Academy of Finland). "Elephant calves more likely to survive in the care of their grandmothers." ScienceDaily. (accessed October 27, 2016).