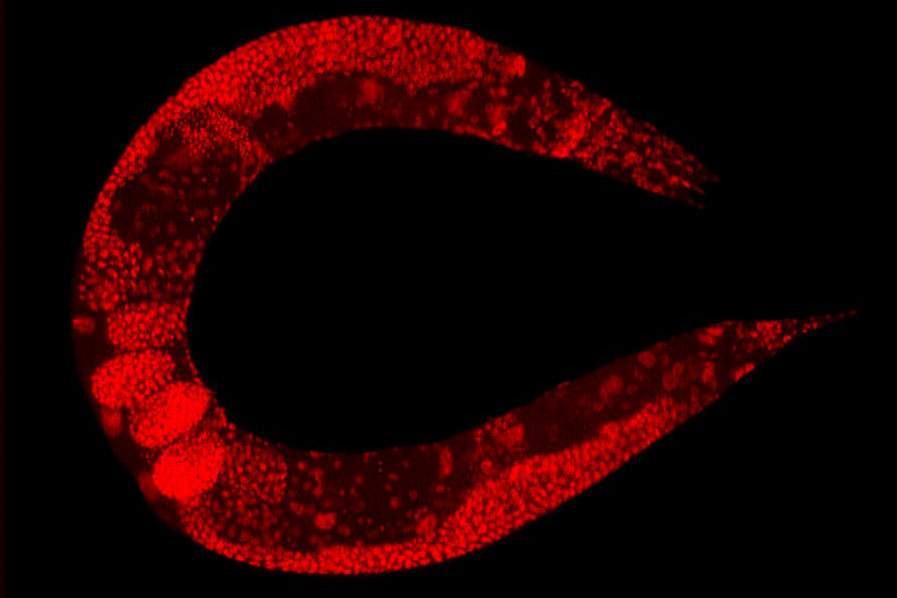 With all the attention futurist Ray Kurzweil is getting over his 'singularity' predictions, you might get the impression that computer science is mere attoseconds from downloading consciousness onto an electronic replica of the human brain.

Unfortunately for those clinging to the promise of digital immortality to assuage existential dread, however, neurology still has a long way to go before this is even remotely thinkable.

The trouble biologists have had with Caenorhabditis elegans a soil dwelling, millimeter-long, transparent roundworm is an excellent case in point.

As far as nervous systems go, you cannot get much simpler than that of C. elegans. 302 neurons is all. Nevertheless, it took researchers over a decade to piece together its connectome a map of all the connections between the worm's nerve cells.Â And, to date, it's the only such map scientists have been able to complete.

When all was said and done, C. elegans boasted over 8,000 synaptic linkages and electrical/neuromuscular junctures.Â You can see the worm's 'wiring diagram' here.Â The image portrays an incredibly dense and tangled web of interrelation, and investigations into how all this translates to behavior are still ongoing.

Okay, but if we want to make a computer brain that's functionally identical to that of Homo sapiens, we're going to need to trace out all the neuronal connections inside our own bodies.

To say this is gonna be really, really hard is a gross understatement.Â Our brains alone are composed of around 100 billion neurons, which have several thousand synaptic connections each. Never mind the extensive neural highways and byways running through the rest of us. The combinatorial possibilities are staggering.

Nevertheless, tens of millions of dollars are being poured into efforts to trace out all these connections anyway.Â My own prediction, though, is it'll take awhile before the Human Connectome Project's pretty pictures become much more than stringy, florescent eye-sherbet.