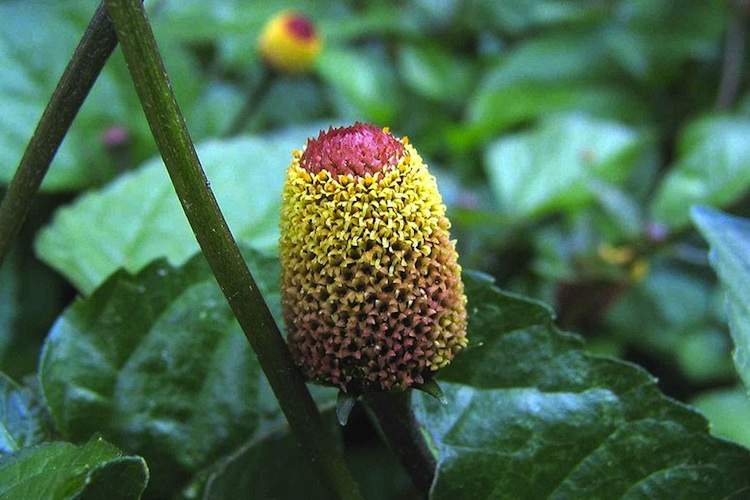 If you've ever eaten a flower called the "Szechuan button" also known as the "toothache plant" then you know how weird the experience can be. That tingling you feel is from a chemical compound called spilanthol. It acts as an analgesic and has antibacterial properties.

The reason the flower makes the compound is because it also can kill some types of plant-eating insects. Thankfully, however, the Szechuan button is perfectly safe for humans to consume. It's actually been used all over the world as a treatment for toothaches, and throat and gum infections.

It's also used to treat blood parasites particularly malaria and scientists have found that it can act as an antibiotic against a variety of bacteria, including staph, salmonella and E. coli.

Some gourmet restaurants have been putting these electric flowers in drinks and food. Imagine a tingly sensation in addition to the flavors! But that's not anything new. People in India add it to their chewing tobacco, as a flavoring. And people in both Brazil and India add it to soup and meat.