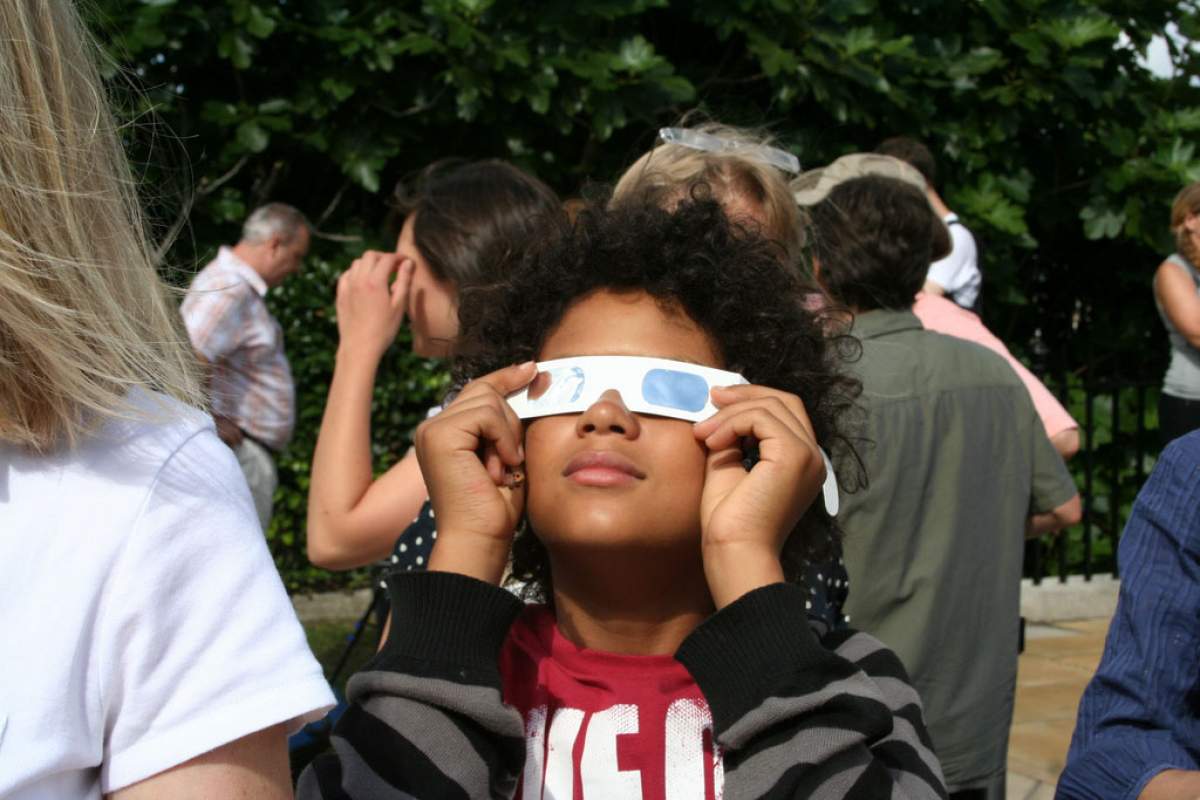 Many in the United States have big plans to view the Solar Eclipse on August 21, 2017. Some are anticipating it as one of the worst travel days of the year. If you're one of the many, make sure you don't forget to use proper eyewear.

You shouldn't ever look straight at the sun. Normally, people don't make a point of staring at the sun, while during an eclipse that's exactly what everyone's doing.

Everywhere else, including here in Indiana at A Moment of Science headquarters, it's a partial eclipse. And even if you are lucky enough to be watching from a place where the eclipse is total, you'll need to protect your eyes in the moments before and after the sun is completely hidden.

Otherwise, the direct sunlight can damage the cone and rod cells in our retinas, which can harm, or even eliminate, their ability to respond to light. In other words, you can lose your sight temporarily or permanently.

Our retinas don't have any pain receptors, so we wouldn't realize what's happening until the damage is done.

The best options are projecting an image of the sun onto a screen, or wearing special eclipseâ€‘viewing glasses that filter visible and nearâ€‘infrared radiation.

Regular sunglasses don't cut it, and can even cause more damage, since people wearing them may think they're protected and stare at the sun longer.

You should also make sure that the solar eclipse glasses you've purchased are legitimate. Recent reports have shown that people looking to cash in on solar eclipse excitement have started making uncertified glasses available.

Thank you to Arthur Bradley of Indiana University for reviewing this episode's script.