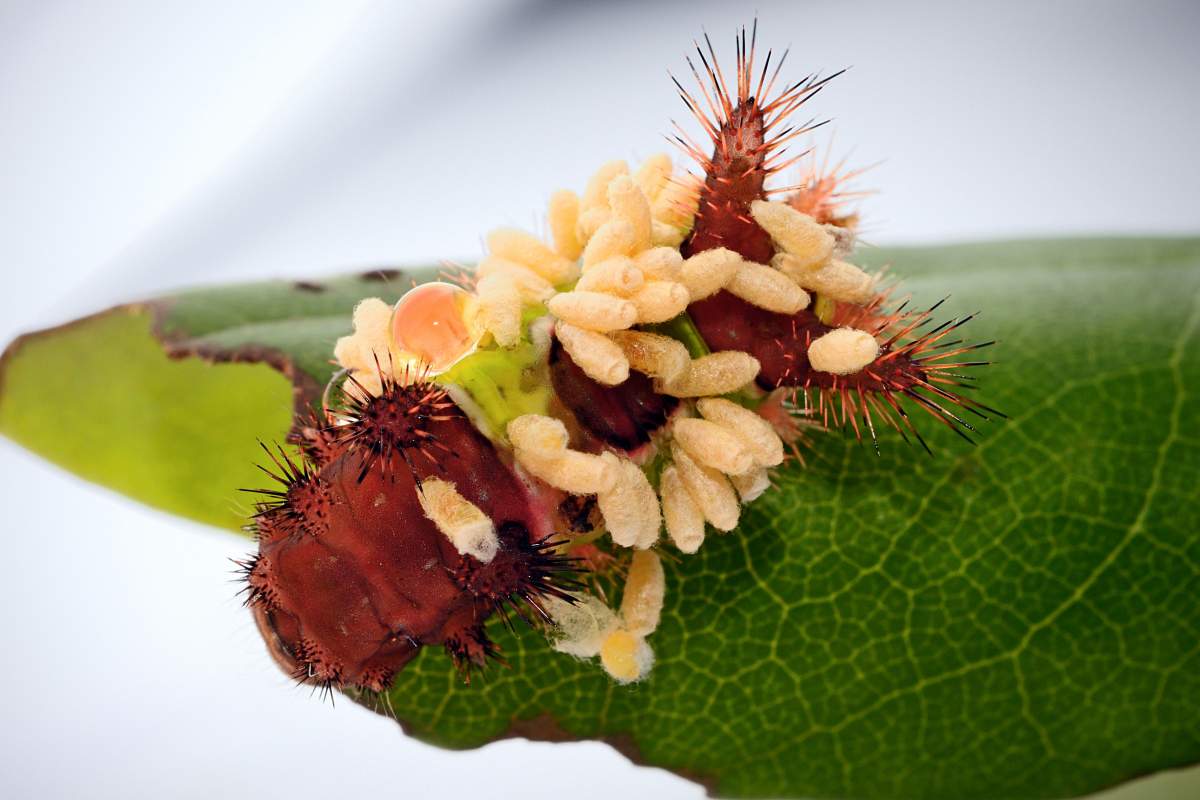 I have a scary story to tell you today. Imagine that you were infected with an organism and this organism lives inside of you, and it is slowly eating away at your less vital organs. You might feel sick, but you keep on living and the organism keeps on eating. It eats until the only things left are your most vital organs. It then eats those and then bursts out of your lifeless body â€“ off to infect someone else!

I know, it sounds a lot like the scene in the film Alien when the baby alien bursts out of the man's stomach. This scene has been nightmare-inducing to many people. Fortunately for us, we don't have to worry about parasites like this. But in the insect world, this isn't necessarily an uncommon occurrence.

The Dead Walk Among Us

Unfortunately for insects like caterpillars, there is a type of wasp out there that preys on them and turns them into the walking dead. Or, more accurately, a walking buffet for their young.

The larvae of ichneumon wasps are parasitic â€“ that is, they take their livelihood from their hosts and offer nothing in return.Â Caterpillars are frequent targets of parasitic wasps but spiders, crickets, and other insects are vulnerable as well. The wasps lay their eggs on or inside the caterpillar, and when the young hatch the caterpillar serves as an immediate source of food.

All the time the eggs have been maturing, the caterpillar has been happily munching away on leaves, unaware of its impending doom (unless, of course, the mama wasp paralyzed the caterpillar, as some wasps that lay their eggs on the outside of their hosts do).

This sounds pretty sinister â€“ in fact, the existence of this kind of wasp contributed to 19th century scientists questioning their religious beliefs. In a letter to Asa Gray in 1860 Charles Darwin stated the following:

"I own that I cannot see as plainly as others do, and as I should wish to do, evidence of design and beneficence on all sides of us. There seems to me too much misery in the world. I cannot persuade myself that a beneficent and omnipotent God would have designedly created the Ichneumonidae with the express intention of their feeding within the living bodies of Caterpillars, or that a cat should play with mice."

So you are in good company if you think the behavior of the Ichneomon wasps is morally questionable. But remember, the insect world is unconcerned with human judgments of morality. The wasps are doing what they, and all forms of life do: surviving.