When You Eat An Egg Are You Eating A Baby Chick? 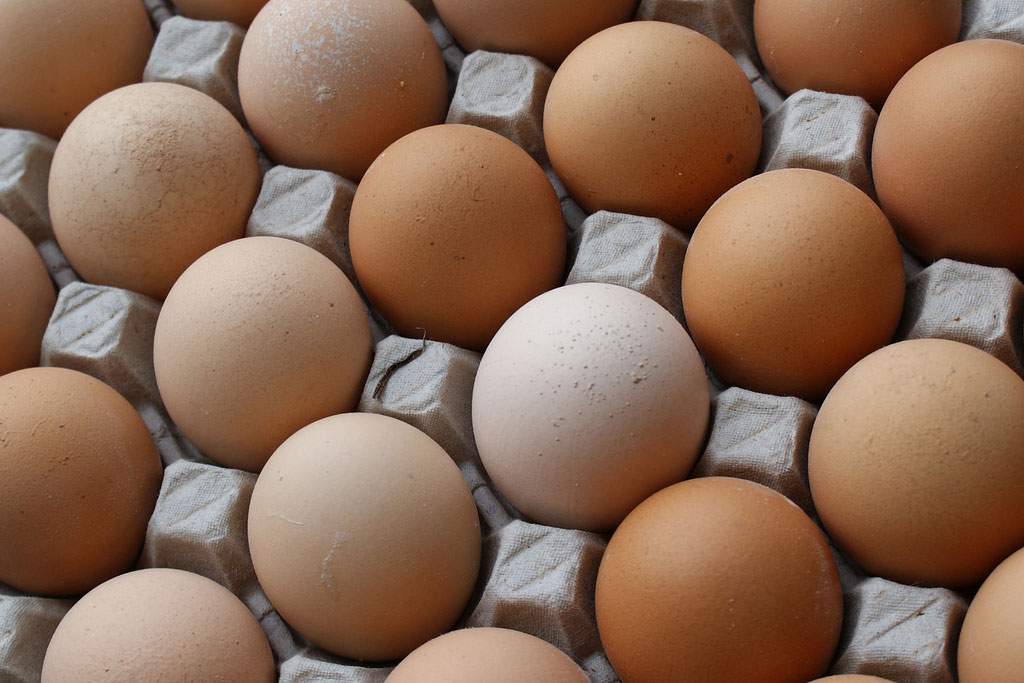 Were the eggs we buy at the supermarket once embryos? (umami/flickr)

Don Hirose and a friend had an interesting argument. Don's friend was sure that when you eat an egg you're eating a baby chick, but Don didn't think so. They made a bet and came to A Moment of Science to have it settled. Before we tell you who has to pay up, let's examine the two situations we're dealing with.

How Does The Process Develop?

The first, and less common scenario, is eggs that are bought directly from small farmers. Odds are much higher that these are fertilized eggs that can develop into baby chicks.

Usually, the development process is halted before this happens. When the egg first forms it's only one cell, and is fertilized as it moves down the oviduct to be laid. During the first twenty-four hours after fertilization the single egg cell divides a few times, forming a little mass of cells.

At this point it's technically an embryo (though it doesn't look like a baby chick), but the cells still have not separated into the ones that make eyes, feet, feathers, etc.

And remember, all of this is based upon the assumption that these farmers have roosters around. Hens lay eggs with our without a rooster present. Without a rooster to fertilize the egg, it will never become a chick.

After the egg is laid the embryo stays in a kind of suspended animation until the hen sits on it to incubate it. If the egg is not incubated within a few weeks the embryo will die. This is how things work with a fertilized egg, the kind one might get directly from a small farmer.

The second scenario involves the eggs we buy at the local supermarket, which are usually factory-farmed. These factories rely on the fact that hens lay produce eggs based upon light cycles.

So, the eggs that most of us eat do not have embryos. And even the eggs from farm and backyard chicken eggs probably have not developed enough to be at the stage where one would be eating a baby chick. So, Mr. Hirose wins the bet, and maybe he'll want to buy an omelet with his winnings.