You Can't Eat What You Can't See 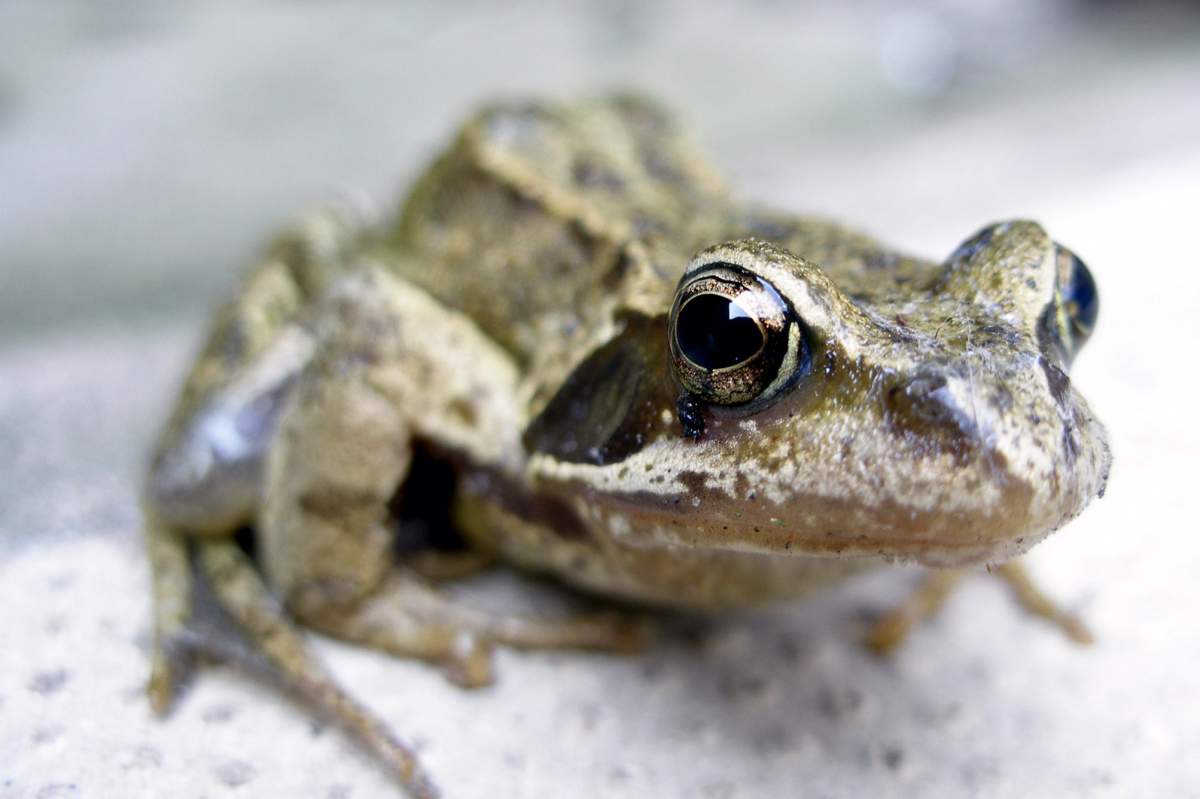 One of the most impressive feats of muscular coordination in nature is the very common instance of a frog darting out its tongue in order to catch a fly. No matter how fast you are, you could never rely on plucking bugs out of the air to stay alive; but for frogs this is business as usual. Nevertheless, it's odd but true that a frog who is surrounded by dead flies on the ground, but no flying ones, will starve.

That's because the frog doesn't recognize immobile flies as potential snacks. A frog's visual system is specifically adapted to seeing food as little things that are moving across its field of vision--and not things that are sitting still. Given how erratically flies move, it's not surprising that the frog's eating reflexes are very highly tuned to one particular kind of motion. But that high degree of specialization has left the frog with no system for recognizing munchies that are easy for us to see--like a fly sitting on the ground.

Of course, frogs can still see stationary objects: They don't go bumping into rocks as they hop along. It's just that the part of the frog's visual processing center that responds to stationary objects does not associate them with food. You can't really compare frogs to humans, but you might say it's like meeting someone who is so accustomed to eating off a plate that he can't recognize a cheeseburger that's sitting on the floor.

One way to feed our hungry frog, then, is simply to lift the dead flies up and drop them again: that downward motion will be more than enough to trigger its reflexes, and it will then be able to enjoy its lunch of dead flies, just as happy as a toad.