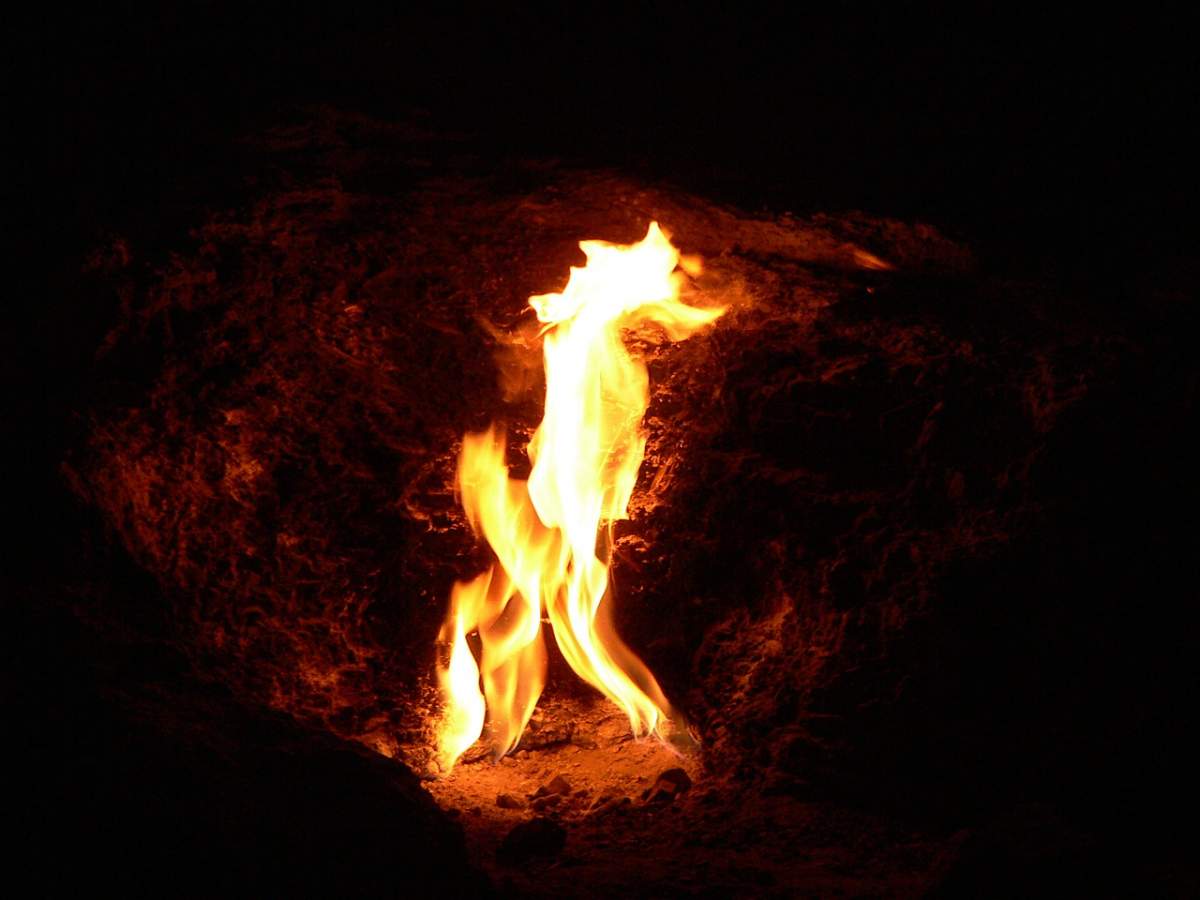 The chimera, the Iliad says, "none might approach; a thing of immortal make, not human... snorting out the breath of the terrible flame of bright fire."

The eternal flames of Yanartas in Turkey may have inspired the ancient myth, and other natural fires around the world also lead to legends, fear and awe.

Yanartas is Turkish for "flaming rock," a moniker that perfectly describes the mystery. Methane fuels the fire, but usually only biological processes can form the gas at low temperatures. So how do the flames stay lit at Yanartas, a rocky area that is not hot enough for abiotic methane?

Scientists Giuseppe Etiope andÂ Artur IonescuÂ have discovered a catalyst for methane formation at temperatures below 100Â° C, like the conditions at Yanartas. The catalyst is a rare metal called ruthenium, which does lie in the rocks beneath the flames at Yanartas.

The Coal Fire That Won't Go Out

In Centralia, Pennsylvania, an underground fire began in 1962. Some say that the fire department's annual landfill burning got out of control; others say that the coal fire of 1932 never went out and slowly spread to an abandoned strip mine.

Whatever the cause, the fire slowly destroyed the town above it, as residents fought with the government about extinguishing the fire and then gradually abandoned their homes. Only a handful of people still remain, and they are surrounded by vents that leak carbon dioxide and carbon monoxide.

The Door To Hell

In Turkmenistan theÂ Darvaza Crater, also known as the Door to Hell, has burned for over 40 years. The flames were most likely lit when a drilling rig fell down a sinkhole. Soviet scientists may have intentionally set the fire to burn off the gases that emerged, underestimating the amount of gas.