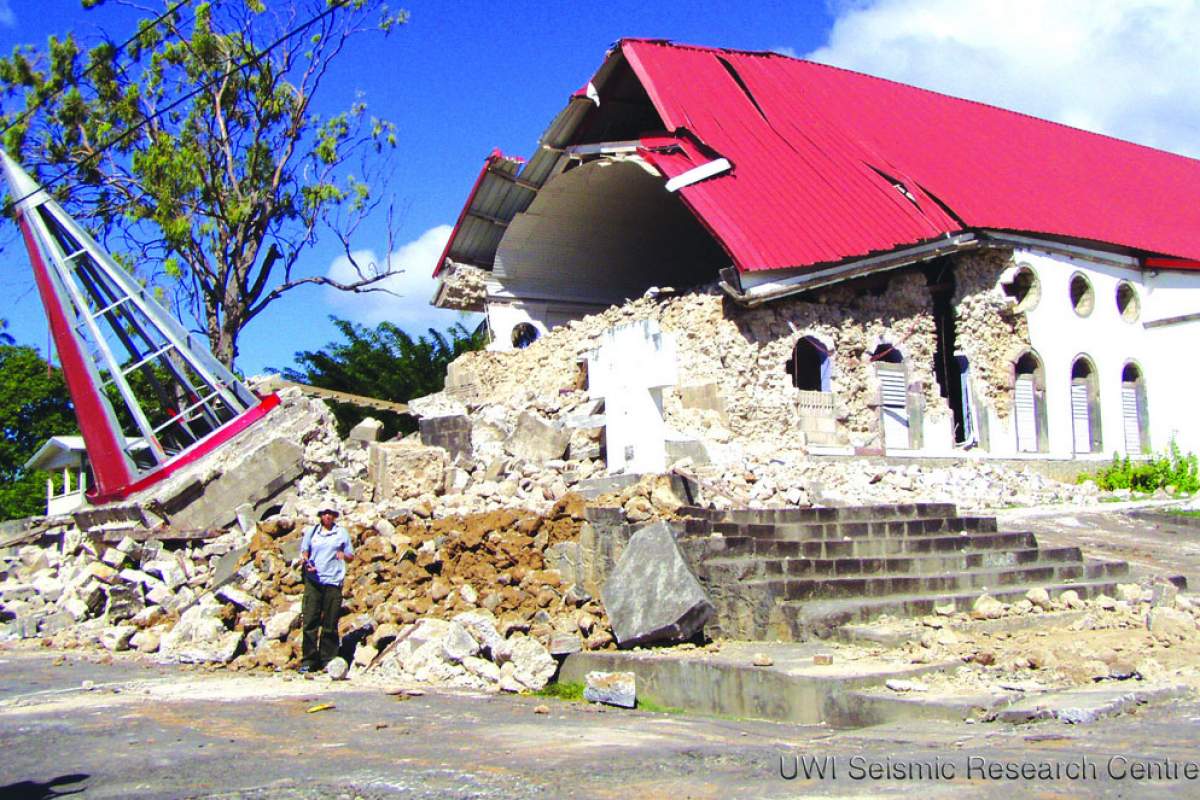 There have been three different earthquakes in the news lately. On September 19th in Mexico City, initial data shows a 7.1 earthquake on the Richter Scale happened. On the same day, there was a 3.8 earthquake in Albion, Illinois. Later, there was also a 6.1 magnitude earthquake reported in New Zealand.

This is going to be a very basic explainer of earthquakes. The term earthquake is a generic term for whenever the earth has a tremor or quake, but there are many different reasons why for this happens. There are links throughout and at the bottom of the post that if you're looking for more precise definitions or explanations will help you get there.

An earthquake is caused by the movements of tectonic plates, and as a result of those movements, what we perceive as tremors happen. Most earthquakes occur along fault lines, although some are caused by man-made stresses to the Earth (such as fracking), and there are occasionally inter-plate shifts that result in earthquakes.

Most occur near coastal and oceanic plates. It's why places such as Alaska and Oaxaca are so at risk for earthquakes.

As people, we perceive the ground as mostly static. We can see surface level movements, such as erosion from wind and rain. But it can be hard to remember that there are movements below.

A fault line is where the tectonic plates meet on the Earth's crust. An analogy that gets used a lot is to think about these tectonic plates as a kind of jigsaw puzzle. They all fit together, but there are times because of the shifting of the Earth and the releasing of energy, parts get broken off, things don't fit as well or as smoothly. The force of a piece of breaking off is felt through seismic waves.

Seismic waves are what we call the energy we feel. A much more in-depth description of seismic waves can be read here.

An epicenter of an earthquake is the location on the Earth's surface that is above the hypocenter. The hypocenter is where the break actually occurred below.

Earthquakes are measured on the Richter Scale. The Richter scale uses a seismograph to detect oscillations. The scale currently goes up to 10, but unlike the Saffir-Simpson scale for Hurricanes, there is no limit.

A difference is the Richter scale tracks seismic waves (oscillations) and potentially, there could be waves of a magnitude never seen. The Saffir Simpson tracks potential property damage.

In the United States, a common misconception is that earthquakes primarily happen in California rather than other parts of the country. In fact, Alaska has more seismic activity, but because of lower population in the areas where this happens, it's less popularized. (One other surprising fact, in 2014, Oklahoma had more earthquakes than California.)

Earthquakes can also happen in many different locations in the US. On the 19th, an earthquake happened in Illinois along the New Madrid Fault Line. It was 3.8 magnitude in scale, so it's the kind of earthquake that can be felt, but probably did very little damage.

One of the reasons why parts of Mexico are so at risk for larger magnitude earthquakes is because of its lakebed soil.

John Vidale of CNN wrote this about how earthquakes can do such much damage in Mexico City: "Mexico City's downtown area is notoriously vulnerable to earthquakes because of the very soft and wet ground underneath. Its soil amplifies shaking like Jell-O on a plate, and is prone to liquefaction, which is the ability to transform dirt into a dense liquid when sufficiently churned."

One of the most famous articles about earthquake probabilities and preparedness was published by The New Yorker in 2015. Kathryn Schulz detailed out the probability of a devastating earthquake along the Cascadia subduction zone (Northern California and the Pacific Northwest).

The best thing you can do in case of an earthquake is to be prepared. If you live in an earthquake prone area, you can check to see the best ways to make your house safe and secure.