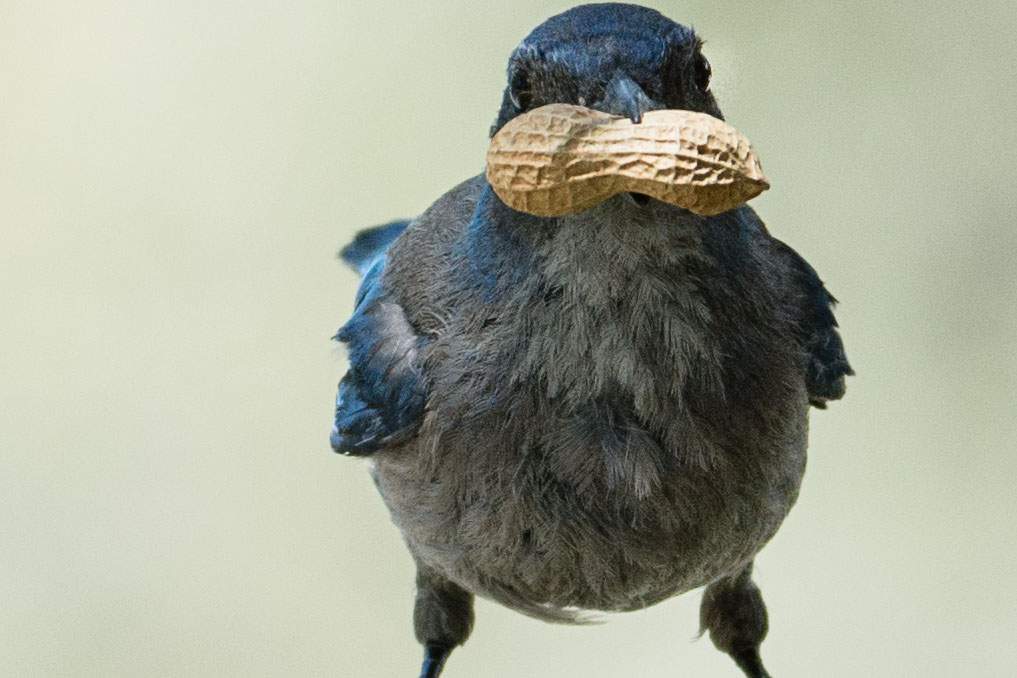 Your brains utilize different forms of memory. One of them is episodic: we remember the details of something that occurred, including what, where, and when. If you went out to eat last week, for example: you probably remember where it was, when you went, and what you ordered.

Memory For The Birds

So what about non-human animals? Do they possess episodic memory? While the scientist who defined episodic memory in 1972 claimed that it was unique to humans, other researchers have been challenging that claim, and other ideas about animal consciousness, since the late 90s.

Take Dr. Nicola Clayton, a professor at the University of Cambridge, for example. She ran an experiment to find out more about the memories of scrub jays. We know that they can locate the food they‘ve hidden, even in thousands of different locations, but do they remember only where, or also what they‘ve hidden and when?

Where Did You Hide Your Food?

To investigate, Dr. Clayton had the scrub jays in the Experimental Group hide two different kinds of food: one they liked to eat fresh (wax moth larvae) and one that kept better over time (peanuts).

The birds had the opportunity to recover their caches after a short delay, when the worms were still fresh, and after a long delay, when the worms had perished. There were also other measures in place, such as a Control Group, and substituting the food caches with sand to rule out the birds‘ sense of smell.

After the short delay, the birds in the Experimental Group selectively searched where they had hidden the worms, while after the long delay they searched for the peanuts. This shows that their memories are episodic-like: they know what they cached, where, and when.

Thank you to Nicola Clayton of Cambridge University and Jonathon D. Crystal of Indiana University for reviewing this episode's script.