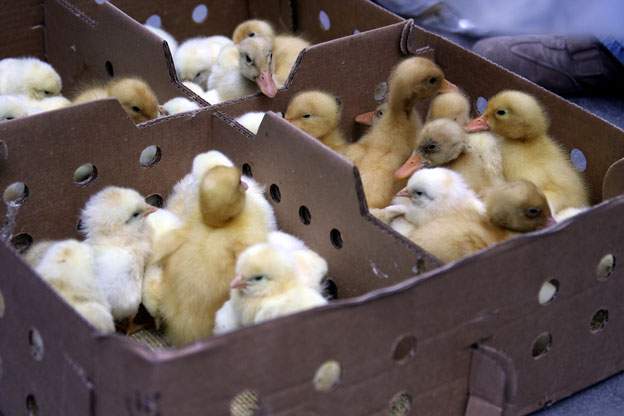 You may have heard of the nature versus nurture debate. In a nutshell, the question is this: Are animals born with no knowledge of the world and only learn things from experience? Or do we, and they, emerge with some knowledge already intact?

A Little Bit Of Both

As is the so often the case, the answer is probably a little bit of both. Some things we are born knowing and some things we have to learn.

However, throughout history people have been made uncomfortable by the idea that animals are born with some knowledge of a world they have yet to experience.

Is there any evidence for this claim?

In fact, there is. A classic experiment can be done with newborn chickens using nothing more complicated than a cardboard cutout of a bird silhouette.

The same experiment can be done on other infant birds that might be menaced by hawks, such as goslings and ducklings. Move the silhouette one way: no response.

Move it the other way: panic!

This suggests rather strongly that chicks and ducklings and goslings don't need to learn what a hawk looks like, or that it is dangerous. They emerge from the egg with at least some basic knowledge of the world already present.