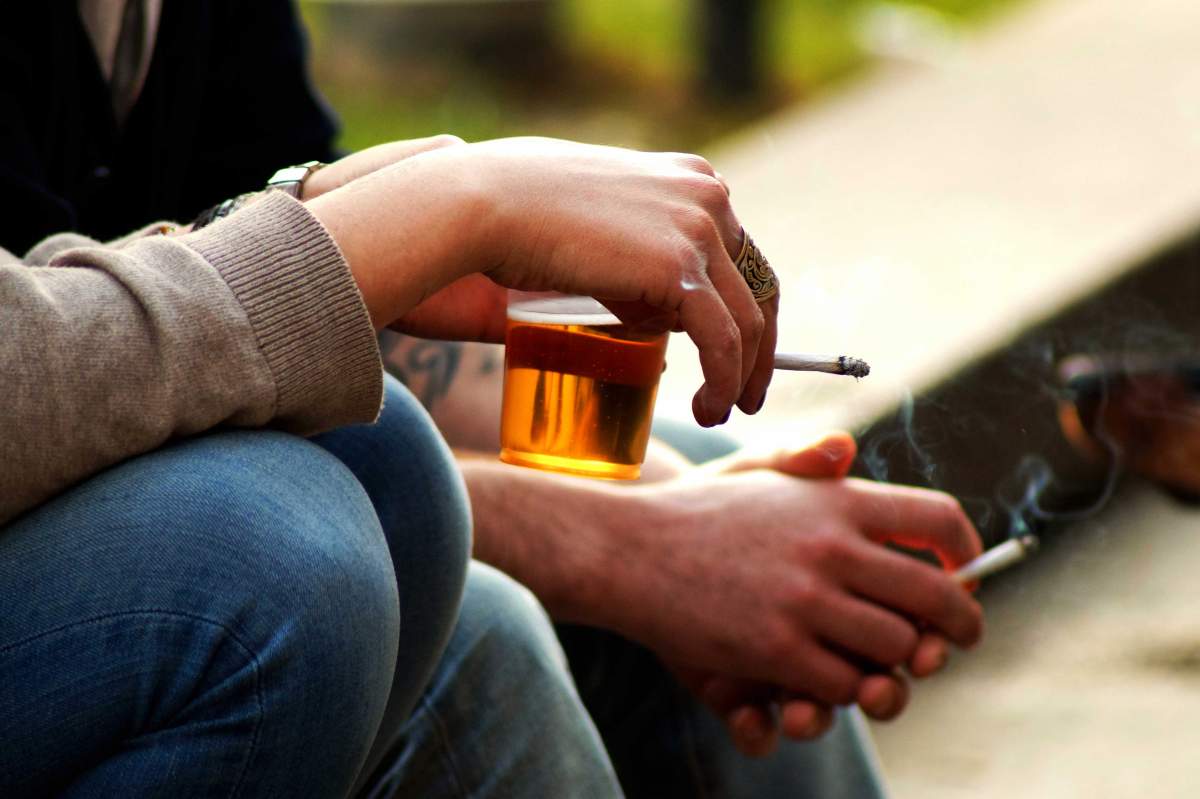 Scientists have long been aware of the link between drinking and smoking. In fact, 80 to 90 percent of alcoholics also smoke, which is about three times the rate in the general population. But a study suggested that what you're dealing with isn't just behavioral--it also has to do with brain chemistry.

Well, the study suggested that alcohol increases the pleasurable effects of nicotine. Participants drank an alcoholic beverage and smoked either a regular cigarette or a nicotine-free one. Those who smoked nicotine-free cigarettes didn't report as much satisfaction, which indicates that the nicotine itself plays a critical role in the interaction.

And then there's all that lowering of inhibitions that happens when you get drunk.

It doesn't take much alcohol to increase the pleasures of nicotine.

Once scientists get to the bottom of the pharmacological interaction that happens between alcohol and nicotine, they may have a better understanding of how to treat both addictions more effectively.