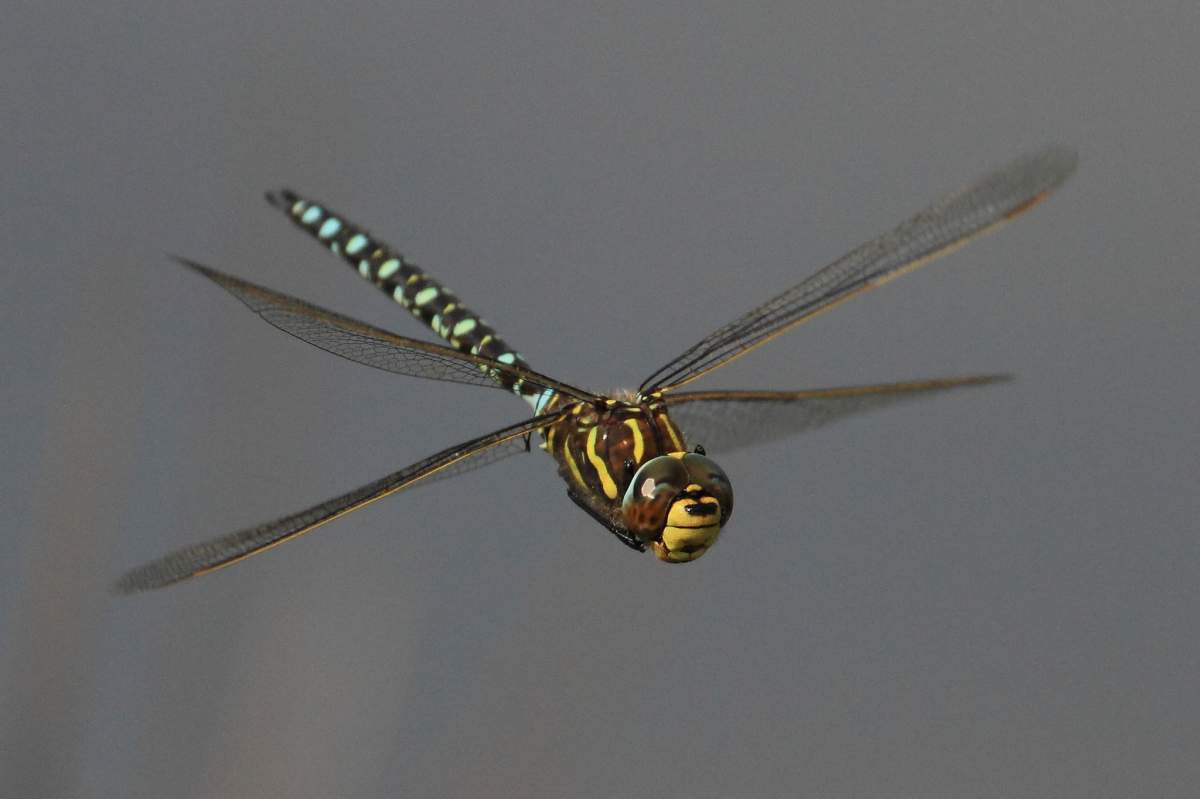 Scientists have discovered a species of dragonfly whose females will fake their own deaths.

That statement shouldn't be confused with how dogs can be taught to play dead. Â The female common hawker dragonfly feigns death to escape aggressive male pursuers. (If you're interested in learning about an animal that feigns death to avoid all kinds of difficult encounters, watch our video on opossums.)

Common hawkers come in droves to ponds in the Swiss Alps to breed. At these ponds, males greatly outnumber females.

Male common hawkers attempt to mate several times in their lifespan, but unlike males of other dragonfly species, they don't safeguard the eggs at all. Their energy is spent searching for another partner, whom they can grasp in mid-flight.

It's clear why the female common hawkers evolved a diversion against their aggressive suitors.

The biologist Rassim Khelifa was the first researcher to note this odd behavior in female common hawkers. One day around these ponds, Khelifa observed a male chase a female, when, suddenly, she plummeted to the ground and lay upside down, motionless.

The male hovered for a moment, then left. But when Khelifa walked to the fallen dragonfly, she quickly flew away. She must have been alert the whole time!

The female dragonfly avoids the males because mating again decreases her chances of survival. In his observations of 31 chases, Khelifa recorded 27 females that feigned death. 21 successfully ditched the male pursuer.

And this behavior has been observed in only four other Â bug species in the world. That makes this female dragonfly's stunt incredibly rare and something extraordinary.

Thank you to Rassim Khelifa of the University of Zurich for reviewing this episode's script!