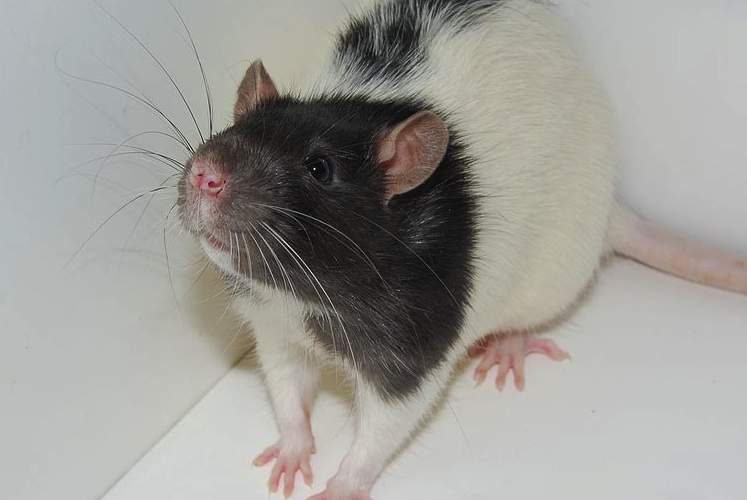 To understand vision in humans, scientists must often study other animals. However, every species has been uniquely shaped by evolution to meet the unique challenges of survival and reproduction in its own ecological niche. To make meaningful comparisons, then, it is vital to understand the differences between animals as well as the similarities.

Rats are commonly used to help us understand human sight, but their visual systems have features that are quite different than those of primates.

In humans and other primates, light receptors are packed into a small region of the retina called the fovea, providing highly acute vision at the center of gaze.

Rats, on the other hand, have no fovea; their light receptors are evenly spread over their retina. Their 200 degree visual fields are also much wider than ours, allowing them to see both above and behind their heads.

In a recent issue of the journal Nature, a team of scientists led by Damian J. WallaceÂ published the first-ever study of eye movements in freely moving rats. Their results are a reminder of visual diversity.

To track the motion of the rats' pupils, researchers mounted tiny digital video cameras on the animals' heads. Computers were used to analyze the data.

The dynamics of the eye movements turned out to be extremely complex.Â Rats move their eyes continuously while exploring many of these movements serve to stabilize the eyes against movements of the head and body.

Primate eyes maintain precise alignment to fixate on visual targets. In humans, this alignment is often accurate to within one-third of one degree. In contrast, rats' eyes are routinely misaligned by as much as 60 degrees. This means double vision is normal for rats.

Rats, like humans, can use vision for depth perception and are able to precisely align their eyes when they need to. Yet when they are moving freely, their eyes are usually misaligned.

The Threat Of Death From Above

Researchers concluded that the primary goal of rat eye movements is not as is the case in humans to keep the two eyes together. Rather it is to keep the area overhead under constant surveillance.

For rats, birds of prey such as owls are a major predatory threat. In the laboratory, a dark object looming overhead instantly sends them dashing for cover.

Vision is the only sense that provides the rat advance warning of a deadly threat from above. Other senses, like their acute sense of smell, and their exquisitely touch sensitive whiskers help them forage and navigate, making vision less necessary for those needs.