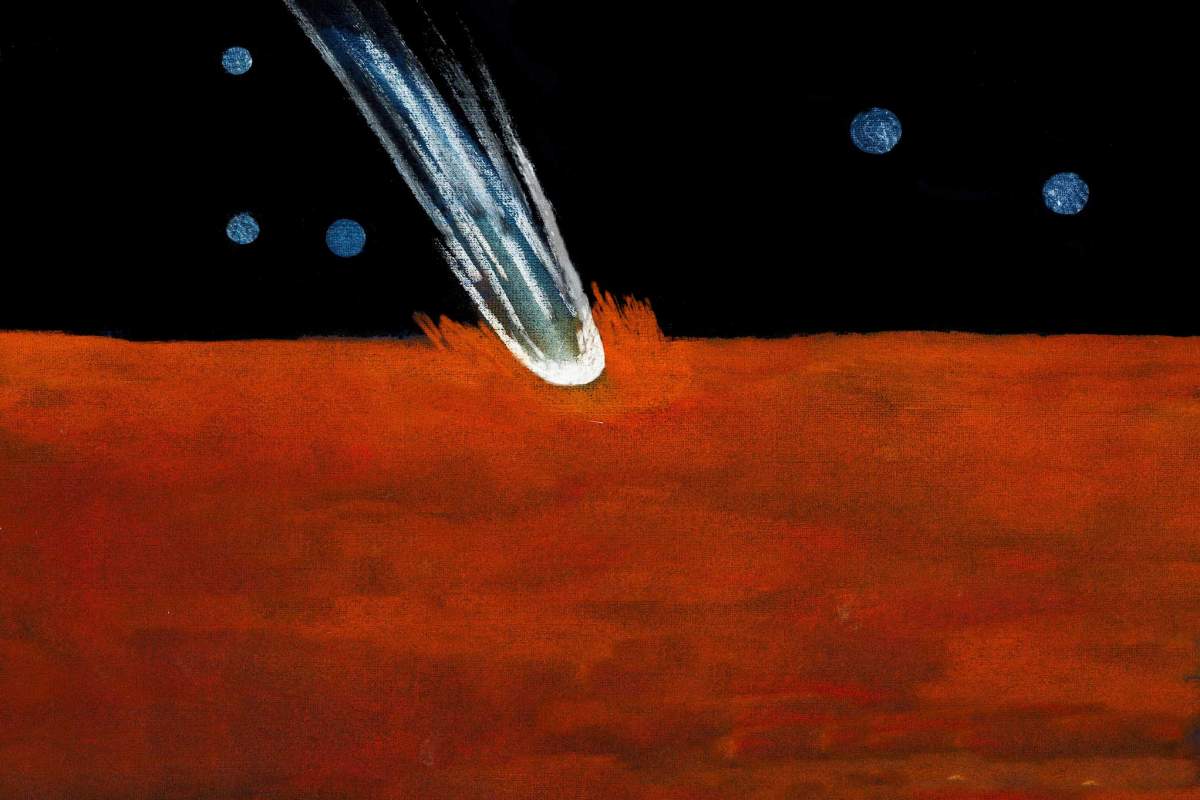 A team of Earth scientists from Sweden found evidence that the Earth was hit by two large meteorites at the same time. They found geological traces of two craters, one was five miles in diameter and the other was about a half mile across. They are just 10 miles apart in a county in Sweden, and are about 458 million years old.

That was during the Ordovician period. Back then there was no animal life on land, although it thrived in the sea. Meteorite impacts were common. Scientists have evidence two large asteroids collided in the asteroid belt between Mars and Jupiter 470 million years ago, sending some fragments towards Earth. But how do geologists know the two impacts really happened at exactly the same time?

Coincidence, I Think Not

The scientists drilled through the rock under the two craters and found the same sequence of rock layers, and the sediments that filled and buried the two craters are the same age. The area where both impacts happened was beneath 1600 feet of water at the time, and water and debris rushed in to fill both holes.

The fact that the two meteorites fell so close together in space and time can't really be a coincidence. They must have been parts of a single object that broke apart, or have been in orbit around one another. That's not really such a freak occurrence after all.