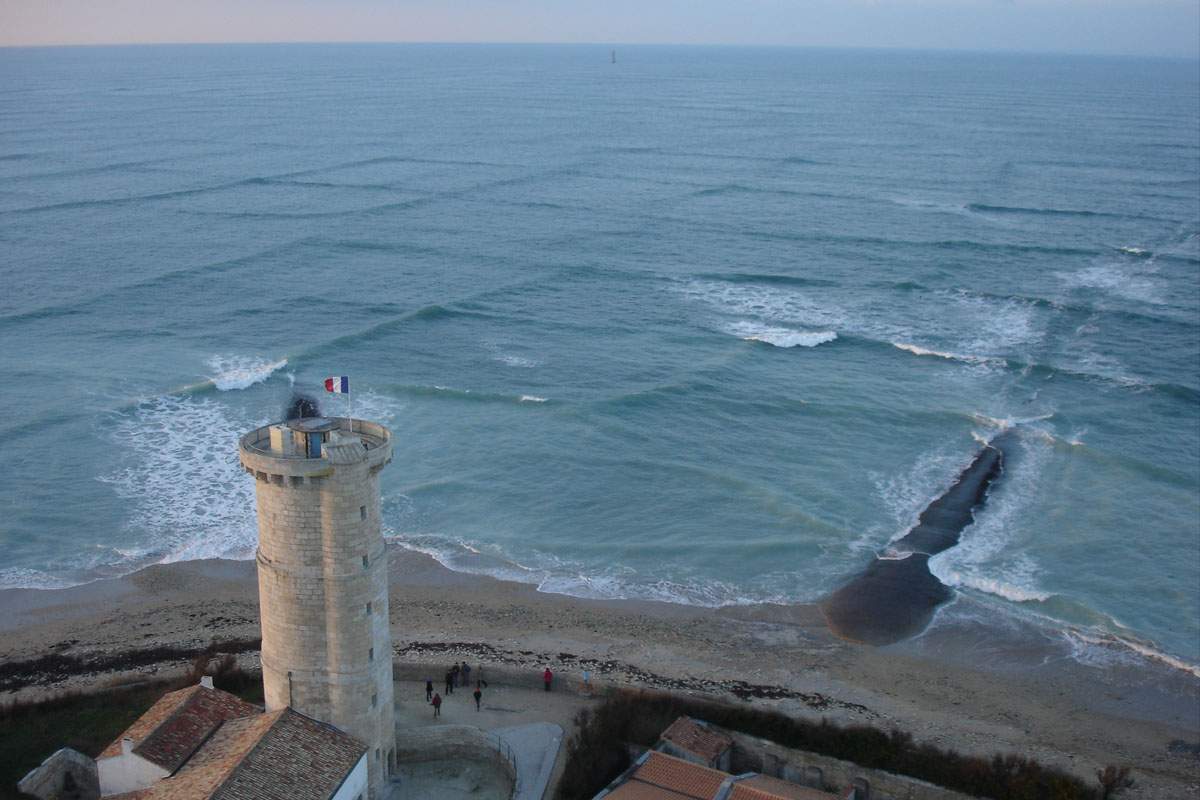 On the beach at ÃŽle de RÃ©, a small island off the west coast of France, there are square waves.

Imagine that you have a birdâ€˜s eye view and youâ€˜re looking down at the ocean. Normally youâ€˜d just see waves coming in parallel to the shore. However, if there were also waves moving perpendicular to the shore, youâ€˜d see the waves intersecting each other at roughly right angles. It looks like a grid on the surface of the water.

This phenomenon is also sometimes called a "cross sea." Waves are usually made when the wind blows in one direction over the surface of the water. But what happens when the wind suddenly shifts direction? The new wind causes waves as well. These winds can come from two different weather systems, each far away from each other. The waves from each system can meet in the middle at perpendicular angles.

The phenomenon can happen just about anywhere, but the ÃŽle de RÃ© is famous for its square waves. It is not so simple to go swimming in a cross sea, though. Theyâ€˜re actually very dangerous, and indicate strong, uneven currents beneath the surface.

Eventually, one of the wave patterns will dissipate and it becomes safe again.