Can Dogs Sniff Out Cancer? 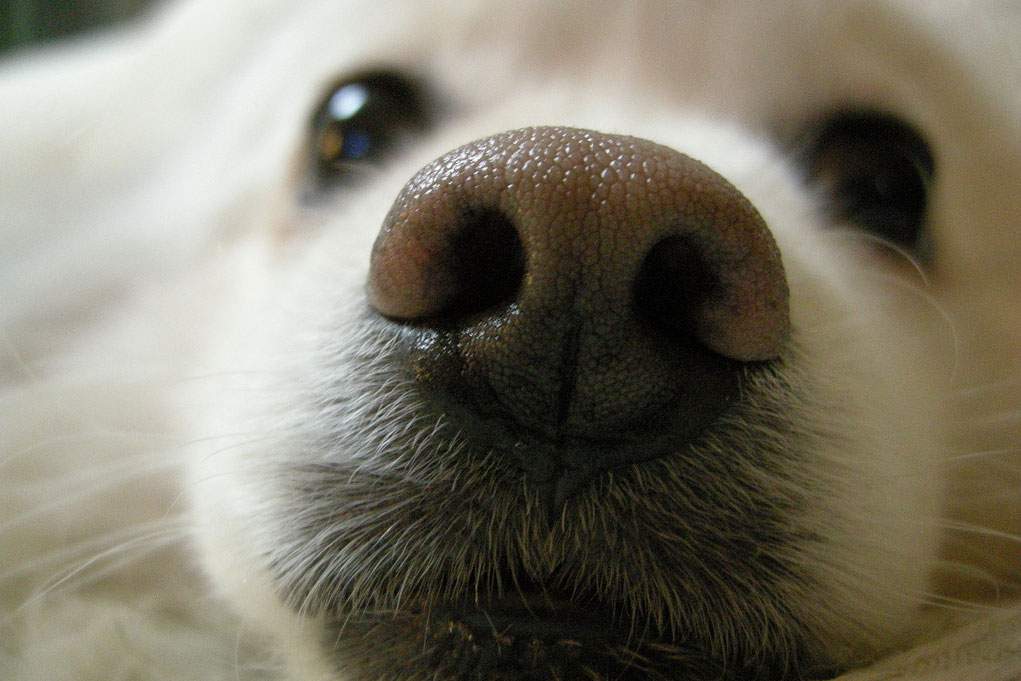 I've heard that some dogs can smell if someone has cancer. Is this really true, or is it more like an urban legend?

It's definitely not an urban legend: several studies have shown that dogs do, indeed, have the ability to sniff out certain kinds of cancer. But it's not clear how, if at all, this could help doctors detect and treat cancer.

In one study, German researchers working with four dogs trained them to detect lung cancer in patients. And the dogs turned out to be pretty good at it: they were able to detect the disease in 71 out of 100 breath samples from patients. Others studies have found that dogs have some talent for detecting colon and bladder cancer.

But this doesn't mean that doctors and cancer researchers will now start employing dogs in their offices and labs. It takes a long time to train dogs to sniff out cancer, and in any case dogs can only sniff so many samples in a day.

All In The Odor

What this research does suggest is that cancers have an odor that can be detected, at least by dogs. If scientists could figure out a mechanical way to detect this cancerous scent, they might be onto something.

Unfortunately, though, scientists don't yet know what exactly the cancer sniffing dogs are actually sniffing. But researchers are now trying to figure that out. And when they do, they'll have those dogs to thank for putting them on to a powerful way to detect cancer in its earliest and most treatable stages.