What Makes Dogs Such Great Sniffers? 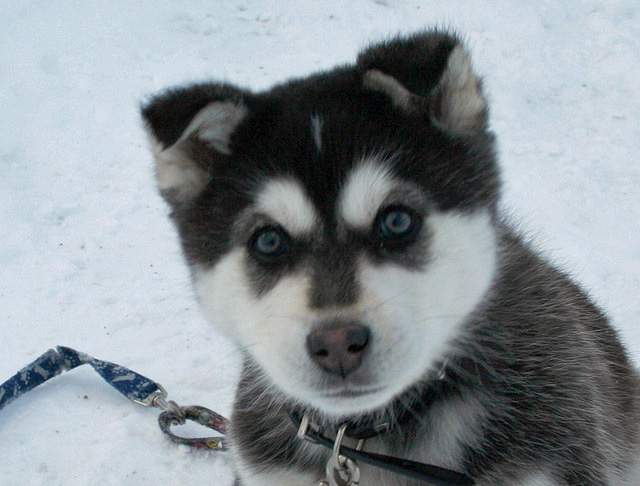 Watch a dog greeting the world with its nose, or following invisible trails of scent, and you might wonder what you're missing. In one study, dogs were able to smell a particular test scent a thousand times better than humans! What makes dogs such stupendous sniffers?

Like humans, dogs have special smell receptor cells lining their noses. But dogs have about 20 times more of these cells than we doand the differences don't stop there!

From the receptor cells, information about smell travels along nerves to the olfactory bulbs, the parts of the brain where information about smell is processed. Relative to the size of its brain, a dog's olfactory bulbs are much bigger than most other animals. If the animal kingdom held a sniffing Olympics, dogs and rats would probably battle for the gold, leaving the rest of us in the dust.

Another advantage dogs have is that the schnoz isn't the only tool they use for smelling. When a dog licks your hand, or something less savory found in the street, its tongue transports molecules from that surface into its mouth. Just above the roof of the dog's mouth is the vomeronasal organ, which gathers information on smell from the molecules the tongue delivers. Humans have vomeronasal organs, too, but compared to dogs, ours are very rudimentary.

Although all dogs are stupendous sniffers, dogs bred for tracking such as beagles and bloodhounds are true professionals. There are also variations in individual dogs' talents, and the dog's diet and the type of scent all affect how well a dog can smell.