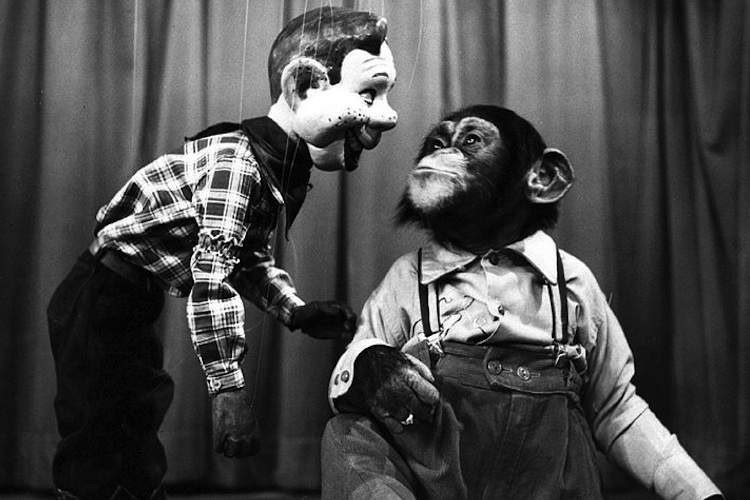 There's a debate in scientific circles about whether animals other that us are self-aware. Today we're going to discuss an interesting experiment that suggests some are.

Chimps, along with orangutans and humans, are the only species that appear to recognize themselves in the mirror. Other monkeys react to their reflections as if they've encountered another animal.Â But the question is what this self-awareness means. Are chimps thinking: "That chimp is me"? Or is he thinking, "That chimp is the same as me"?

In a similar experiment, scientists put stickers on the heads of two and three- year-old children. When they showed the kids a live video image of themselves, they reached up and touched the stickers.Â But if scientists showed the children a delayed video image of themselves, they didn't reach for the stickers. They just didn't make the connection.

Therefore, it might be that chimps and little kids, when they see a live image of themselves, figure out that everything that's true for the mirror image is also true for their own bodies, but they don't go beyond that to figure out that the mirror image really is them.Â For humans, that kind of self-recognition happens sometime between ages three and four. As for chimps, the jury is still out.