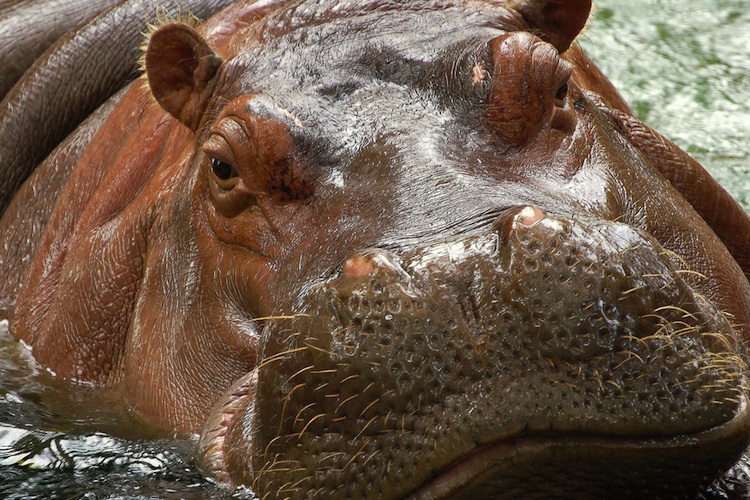 After elephants, Nile hippos are the largest land animals, weighing up to eight or nine thousand pounds. Unlike elephants, however, hippos spend their days in the water, which might make it seem silly to ask: Can hippos swim?

Given their size, one might answer "no" because hippos seem too heavy to swim. But that‘s wrong. A hippo‘s fat makes it buoyant enough to float very well. On the other hand, if you said "no" you are quite right. Hippos do not really swim. Their method of travel is very simple: they walk underwater.

Like many people, hippos enjoy resting in cool water and can let themselves float or sink by controlling their breathing and body position. Once sunk, hippos don‘t swim back up to the surface: they walk along the bottom till they reach shallow water. Unlike people, hippos can hold their breath for minutes at a time.

Far from the lumbering giants they seem to be, hippos can trot, jog and run at speeds of up to 15 miles per hour, with spurts as fast as 30 miles per hour. Although poachers hunt hippos and sell their teeth as an alternative to elephant ivory, you still might see one if you‘re lucky enough to travel to sub-Saharan Africa. Just don‘t get too close: they are more agile than they appear.