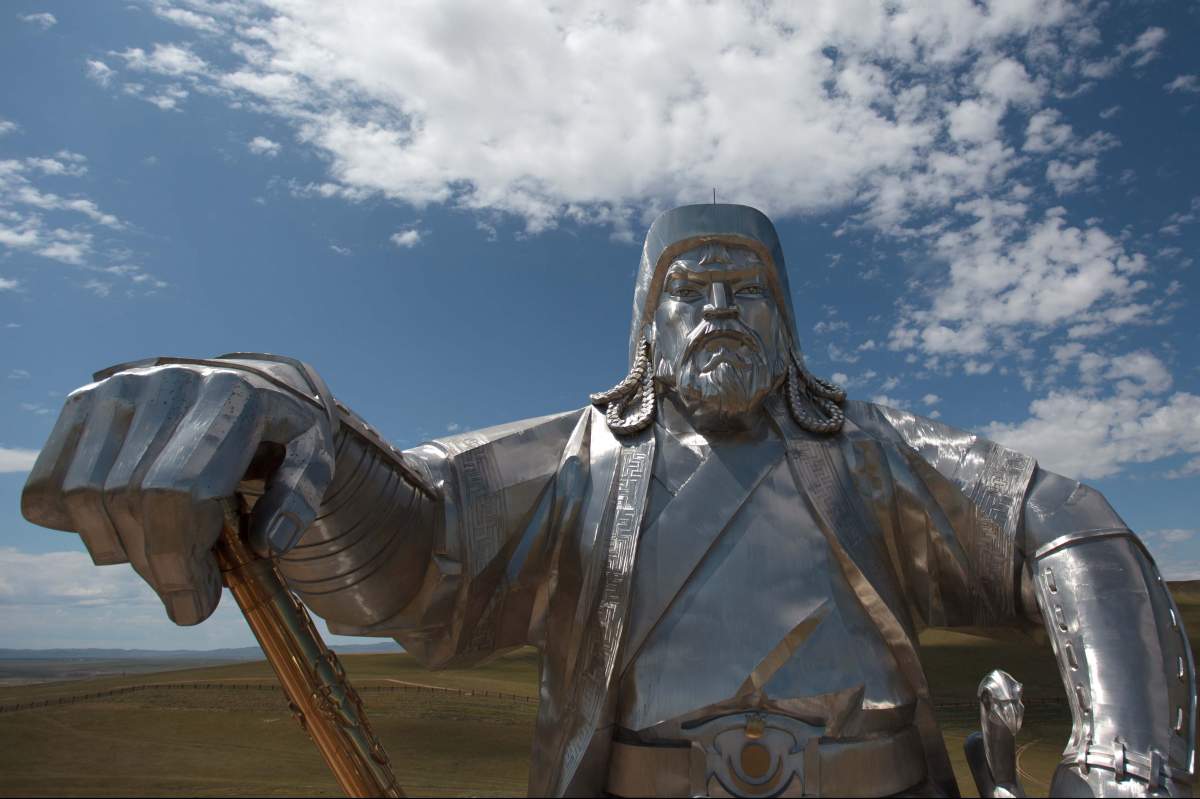 Today Afghanistan is a war-torn region, ravaged by various factions. Eight hundred years ago things were much the same. Only then there was only one ruler: Genghis Khan.

Khan is one of the greatest conquerors who ever lived. Before he was finished, he had created an empire that ran all the way from the Caspian Sea to the Sea of Japan.

That‘s the history portion of our show. Now, on to the science. What is it that powerful males of the human species are after when they overrun other males? From an evolutionary point of view, the major objective is to spread their genes more effectively. And surprising, new data suggest Khan may have done that more successfully than anyone imagined.

A Lover And A Fighter

Researcher Tatiana Zerjal from the University of Oxford in England and a team of geneticists took genetic samples of over 21,000 men from all over Asia. They were looking for variations in certain genetic "markers," or sequences of genes that tell you something about where people came from. To their astonishment they found that one out of every twelve Asian men in regions once part of the Mongol empire carry a form of the Y chromosome that can be traced to Mongolia a thousand years ago. How did this genetic tag become so widespread?

Khan, they suggest. There is reason to believe that Khan himself, and thus his long-ruling descendants, had this particular form of Y chromosome. And though his power is long faded, the genetic empire of the conqueror is still going strong--in roughly 1 out of every 200 men alive today.