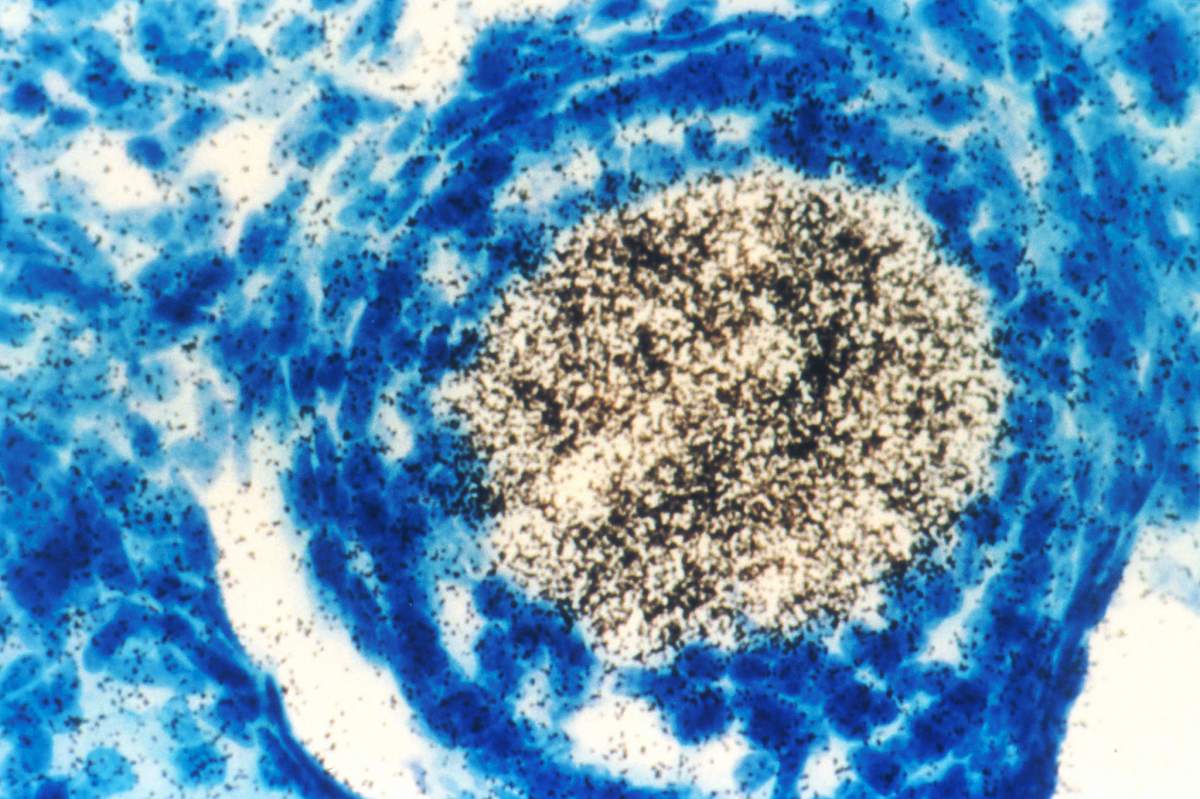 DNA, deoxyribonucleic acid, is the famous molecule that carries genetic information. A DNA molecule takes the form of a thread of two strands twisted around each other in a double helix.

Every time a cell divides, the DNA inside copies itself. The double helix unwinds.

Each old strand serves as the template for a new companion strand assembled from raw materials in its vicinity. The result is two identical DNA molecules where there used to be only one. That's how genetic information is passed on.

This all-important copying process was actually photographed by the English biologist John Cairns in 1962. The experimental subjects were intestinal bacteria.

Feed It, Then Leave It

Develop the emulsion, examine it under a microscope, and you should be able to see photographic images left by the radioactive DNA molecules.

The experiment was technically difficult, but it worked. Cairns's 1962 photographs showed what looked like loops of black thread; those were the DNA molecules. And in some places, those threads divided into two strands.

DNA had been caught in the all-important act of copying itself. The process that conveys hereditary information from generation to generation had been made visible.

If you're interested in how our understanding of DNA has changed since John Cairns photographed DNA replication, we have a post about how DNA might eventually be manufactured and used as a potential data storage solution.Â