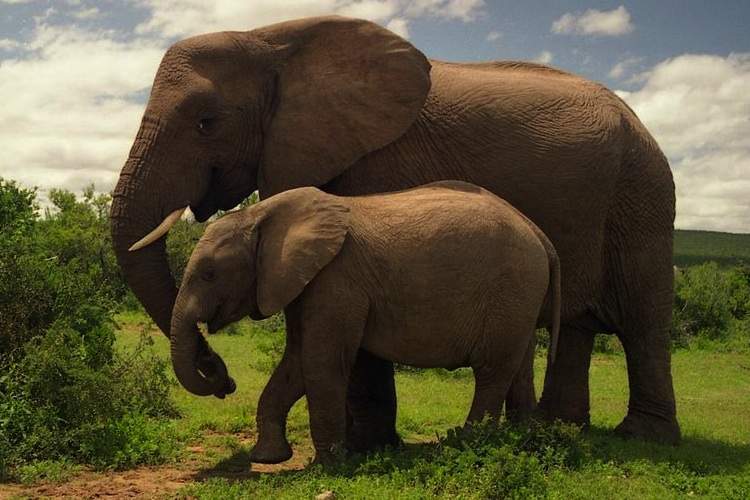 Here's a gruesome hypothetical: If you and your family were rounded up, and you were forced to watch as older relatives were killed, how would it affect you? Needless to say, you'd be horrified. You'd probably also be deeply disturbed for a long time afterwards. Maybe forever.

For some non human species, that grisly scenario is all too common. For instance, up until a few decades ago elephant populations were regularly culled. That is, family groups were herded into a tight space so that hunters could shoot and kill the older individuals. The practice was actually meant to help elephants, because park officials worried they'd grow too numerous and overrun the area.

But research has shown that the surviving elephants are often deeply disturbed. One study found that elephants from a culled group had serious problems with social and other behaviors. For example, a group of orphaned male elephants killed more than one-hundred rhinoceroses over a decade behavior that's highly abnormal.

Another study found that culling survivors responded chaotically to elephant calls broadcast by scientists in a nearby jeep. The animals seemed at a loss sometimes taking defensive measures, but not necessarily in response to calls from alien or more socially dominant females, as they normally would.

Scientists speculate that's because elephants typically learn these important behaviors from their elders. And when those elders are culled or poached, the younger elephants may not learn how to respond to potential threats.Â Elephants that don't know how to defend themselves have less chance of surviving and reproducing. Although culling is no longer practiced, poaching is. And it may have similar effects.