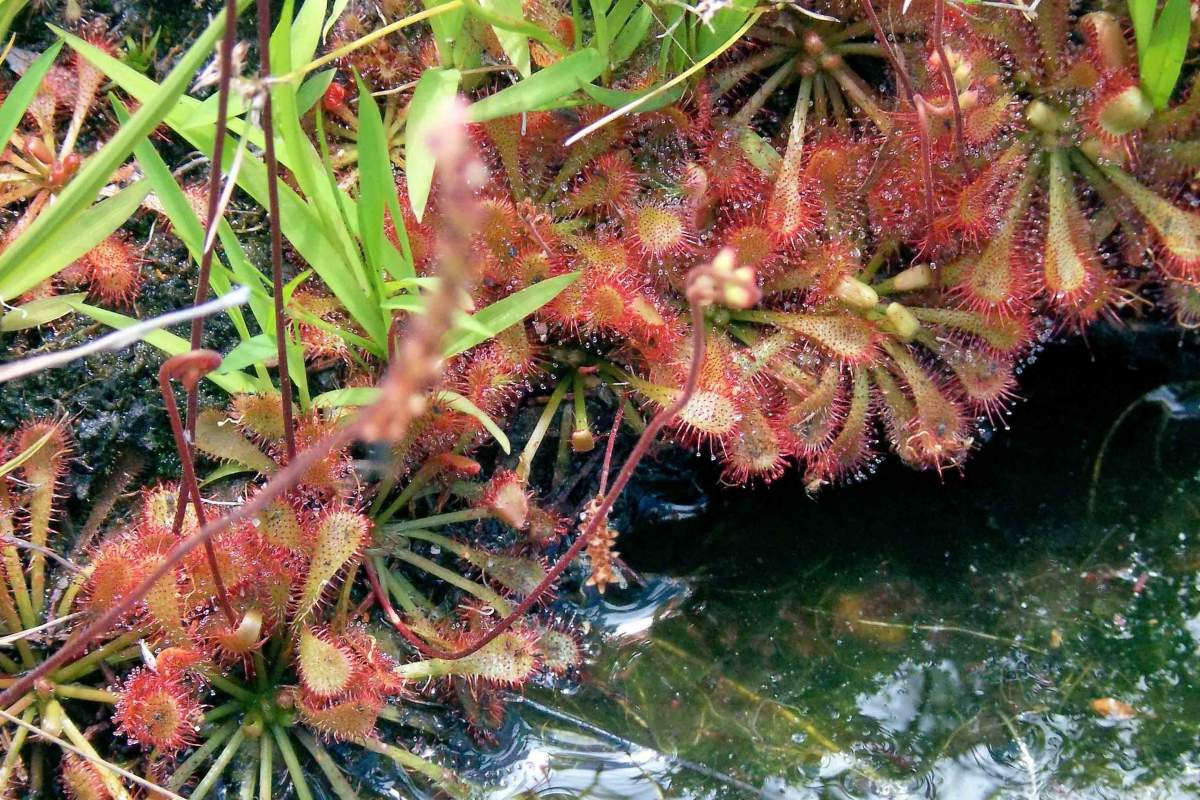 Facebook can be great for keeping up with your friends or posting pictures of your cat, and it's also a place for scientific discovery.

In 2012, an amateur botanist named Reginaldo Vasconcelos posted an image of an unusual sundew plant that he saw while hiking near his home in Brazil. The picture came to the attention of an international team of taxonomists that were studying the distribution of these plants.

A sundew is a type of carnivorous plant that captures and digests insects. They have leaves that are covered with bright red tentacles coated in sticky sugary mucilage.

Insects are attracted to the shiny mucilage and get stuck. The tentacles actually move to further entrap the insect and it is digested. Digesting insects for their nutrients lets these plants live in nutrient-depleted soils.

Within three months of finding Vasconcelos's images, the scientists launched an expedition to investigate. What they found was a new species of sundew that was stunningly huge.

The plants were up to five feet tall, and covered in sticky leaves big enough to catch dragonflies. It was the largest species of sundew ever discovered anywhere in the Americas. They named it Drosera magnifica, the magnificent sundew.