The Story In Their Teeth 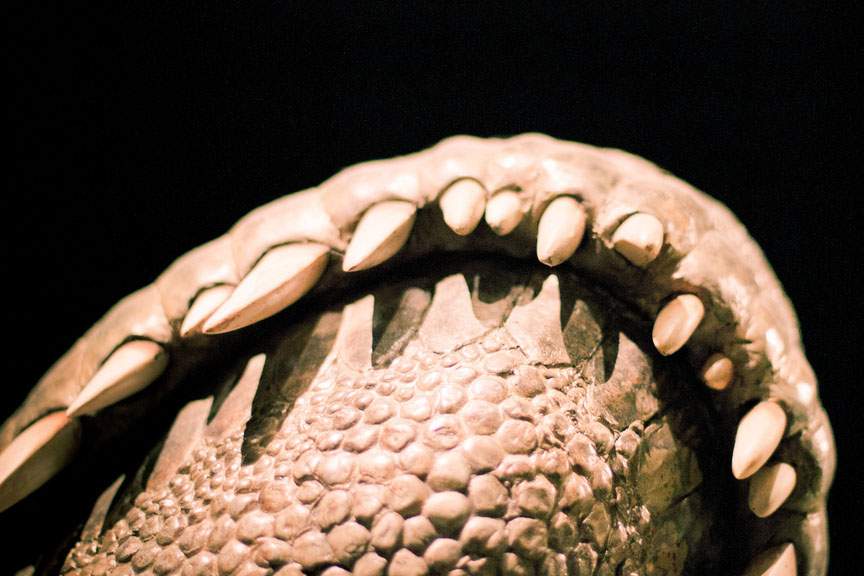 Good question, Rex. The simple answer is that while the actual asteroid strike certainly killed lots of individual animals, it didn't destroy all dinosaurs immediately.

But exactly how and why dinosaurs did eventually become extinct has been a bit of a mystery.

Researchers at Florida State University, the University of Calgary, in Canada, and the American Museum of Natural History may have solved a part of the mystery. Studying fossilized dinosaur embryos and hatchlings, they found that at least some dinosaurs took up to six months to hatch from their eggs.

The scientists learned this by counting lines in the teeth. Like tree rings growing a new layer every year, teeth grow a new layer daily. And each new layer can be seen as a microscopic line.

So, by counting the lines in embryonic dinosaur teeth, the scientists were able to determine how long it took the baby dinosaurs to hatch.

The point is that after the asteroid strike thinned dinosaur populations, the long incubation period for dinosaur eggs made the babies and their parents more vulnerable to predators and natural disasters. Also, it didn't help that infant dinosaurs took a year or more to mature and required lots of energy to survive.

While this doesn't completely answer your question, Rex, it does explain one of the many factors that made it hard for the dinosaur population to recover from a catastrophic event.

Thank you to Dr. Gregory Erikson of Florida State University for his help preparing this episode.