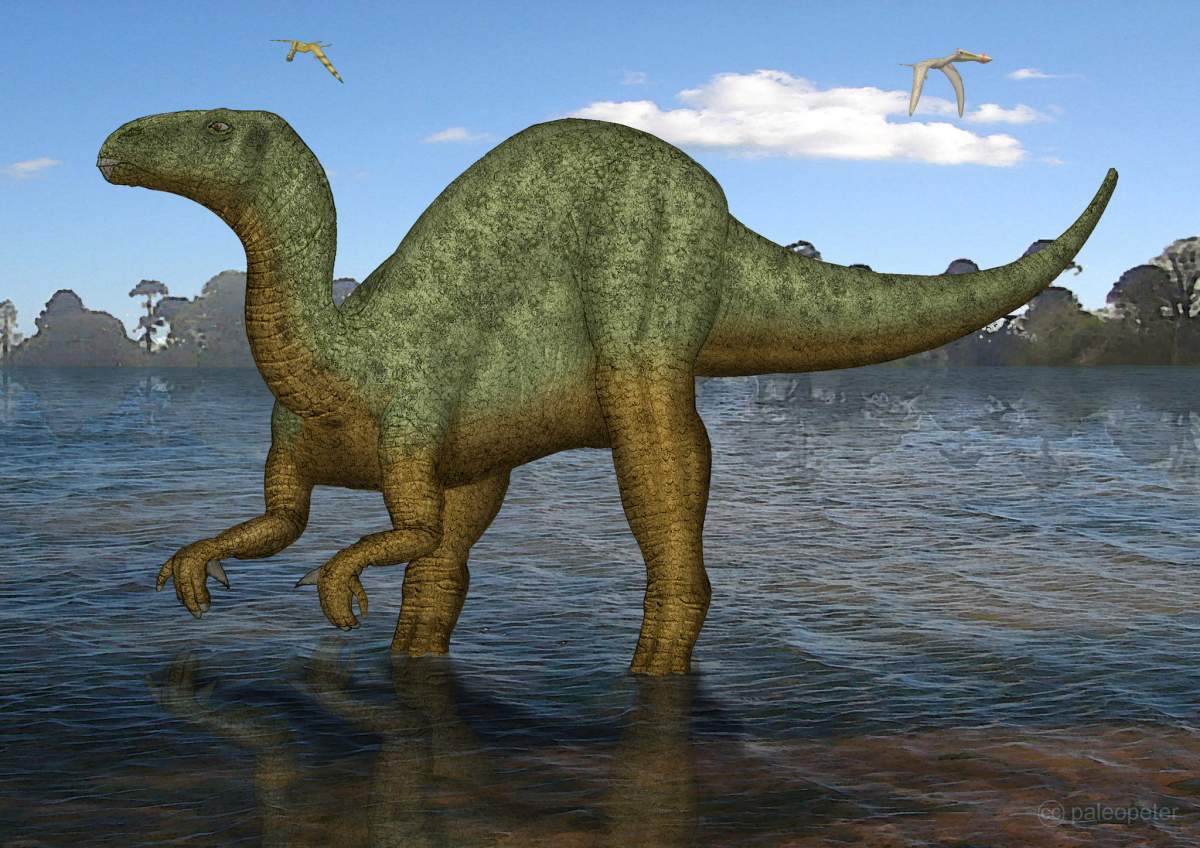 Imagine a fossilized dinosaur brain. Are you picturing a gray brain that looks like your own, but is much, much bigger and encased in amber? If you are try again. Picture instead, a tiny, brown pebble.

Beyond looks, one reason it took scientists years to realize this thing was a fossilized piece of dinosaur brain after unearthing it in Sussex, England was that it's so rare to find any kind of soft fossilized tissue. Researchers think that it's from a species similar to Iguanodon, a herbivorous dinosaur that lived around a hundred and thirty-three million years ago.

This dinosaur probably died in or close to a body of water, and the water was probably some sort of swamp or bog, so it had very little oxygen, and was highly acidic: perfect conditions for fossilization. Some of the soft tissue must have become mineralized before it decayed, so the brain was preserved.

After researchers looked at it under a powerful microscope, they saw that the brain structure looked similar to those of modernâ€‘day descendants and cousins of dinosaurs, such as birds and crocodiles. And they also noticed that the fossil showed signs of having been pressed against the skull, meaning dinosaur brains could have taken up more of the cranial cavity and were therefore larger than we'd thought.

But it's just as likely that this dinosaur came to rest upside down after it died, and gravity made the brain press against the skull as it started to decay. So, scientists are cautious about saying this is clear proof that dinosaur brains are bigger than previous studies have shown.