Why Is It So Difficult To Spot A Plane In The Air? 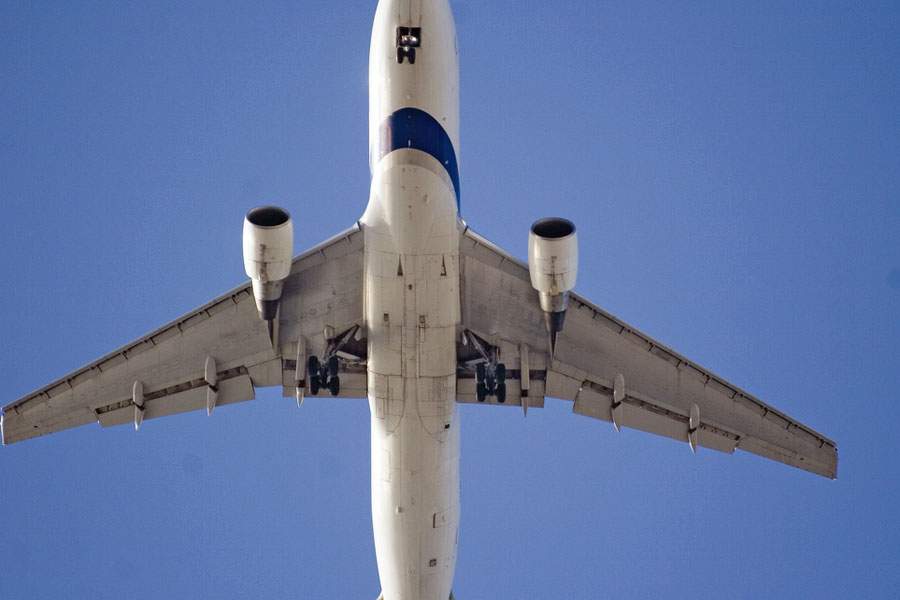 How many times have you heard a jet plane going over, looked up to see it, but not been able to find it even though you were looking toward where the sound was coming from?

Sometime during your life you might have been told that the plane wasn't with the sound because it was traveling faster than the speed of sound. It might have been, but it didn't have to be going that fast in order to appear to be separated from the sound.

The reason the jet appeared to be apart from the noise it was making was simply that sound travels a lot more slowly than lightabout a million times more slowly. For quick review, at sea level sound travels about seven-hundred-fifty miles per hour, light travels at 186,000 miles per second.

Commercial jets normally fly at about thirty-thousand feet. From that height it takes sound about thirty seconds to reach earth. Light gets here in only about four one-hundred-thousandths of a second, or for practical purposes, instantaneously.

A plane travelling at six-hundred miles an hour goes five miles in the thirty seconds it takes for the sound to reach you. By the time the sound from the plane reaches your ears, the plane is five miles from where that sound originated. So, when you look toward the sound, the plane is not there anymore.