How Do You Make A Diet-Coke Float? 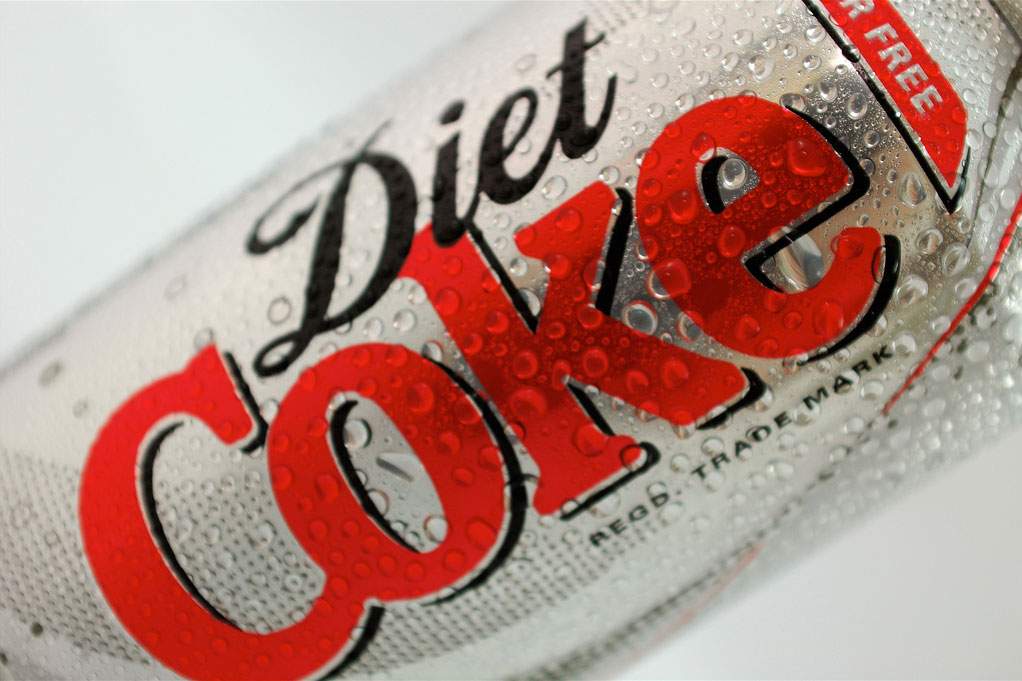 Here's an at-home experiment you can try.

Take a can of "classic" Coca-Cola and a can of Diet Coke, and without opening either one submerge them in water. A deep sink or a bucket will do the trick. You'll find the can of Diet Coke rises to the top, while the Classic Coke stays sunk. Can you guess why?

The answer lies in the chemical contents of the Diet Coke in fact, in the very distinction that makes it "Diet".

Although their ingredients are otherwise similar, Diet Coke is not made with real sugar: instead, the makers of Coca-Cola products have replaced the sugar with a synthetic chemical called Aspartame.

Aspartame, which is commonly known as Nutrasweet, is a kind of substitute sugar intended to mimic the distinctive taste of sugar without carrying the associated calories.

Real sugar has a high molecular density. In other words you can think of sugar molecules as being thickly packed together.

This also means sugar molecules themselves will be relatively heavy, even when dissolved in solution. In the case of the sinking Coke, the real sugar content is acting as an anchor for the can.

There's also the fact that Nutrasweet is much sweeter than sugar, and so less is needed per can to achieve that recognizable Coca-Cola taste. Thus the bobbing Diet Coke not only has a lower average density, it also has a lower mass there's less "stuff" dissolved in the mixture. If you were an advertising executive, you might want to market diet sodas as "Light" it wouldn't be far from the truth.