Did Venus Ever Have Oceans? 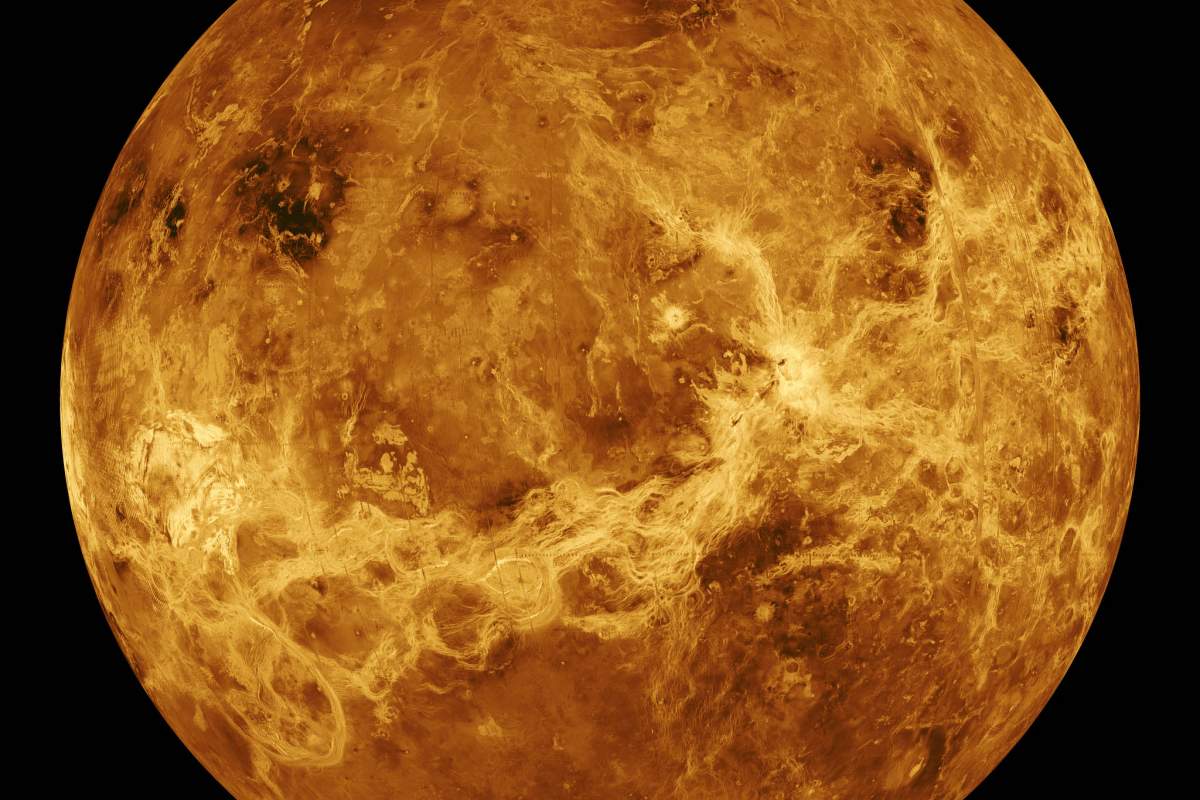 Venus is Earth's closest planetary neighbor, and Earth has oceans full of water. So, it doesn't seem far-fetched to wonder if Venus has water, too.

But it doesn't. What Venus does have is lots of carbon dioxide in its atmosphere, and because of the heat-trapping effects of this greenhouse gas, the surface of Venus is hot enough to melt lead--860 degrees Fahrenheit.

That's much too hot for water to exist as a liquid. There are only tiny traces of water vapor in Venus's atmosphere, compared to Earth.

It's surprising that Venus doesn't have more water, at least as vapor, since it formed in the same part of the solar system as Earth.

Spacecraft evidence shows when Venus formed it actually did have as much water as Earth. The water was lost to space over Venus's history due to charged particles emanating from the sun. Earth is protected from this water-stripping process by its stronger magnetic field.

But what about billons of years ago when Venus had more water? Could it have had oceans?

That depends on whether Venus was always hot. A climate-modeling study published by NASA scientists in 2016 indicates that Venus could have had oceans for the first two billion years of its history. These researchers think that gradual brightening of the sun triggered runaway global warming on Venus, producing its current conditions.

It's also normal for someone to instantly jump from water to wondering if life in its different forms (microbial all the way to well, us) existed on early Venus. It's too soon to say, because many other climate researchers think Venus was always hot. They think that Earth may once have been hot too, and then cooled down.

Thank you to Fredric W. Taylor, the University of Oxford for reviewing this episode's script.