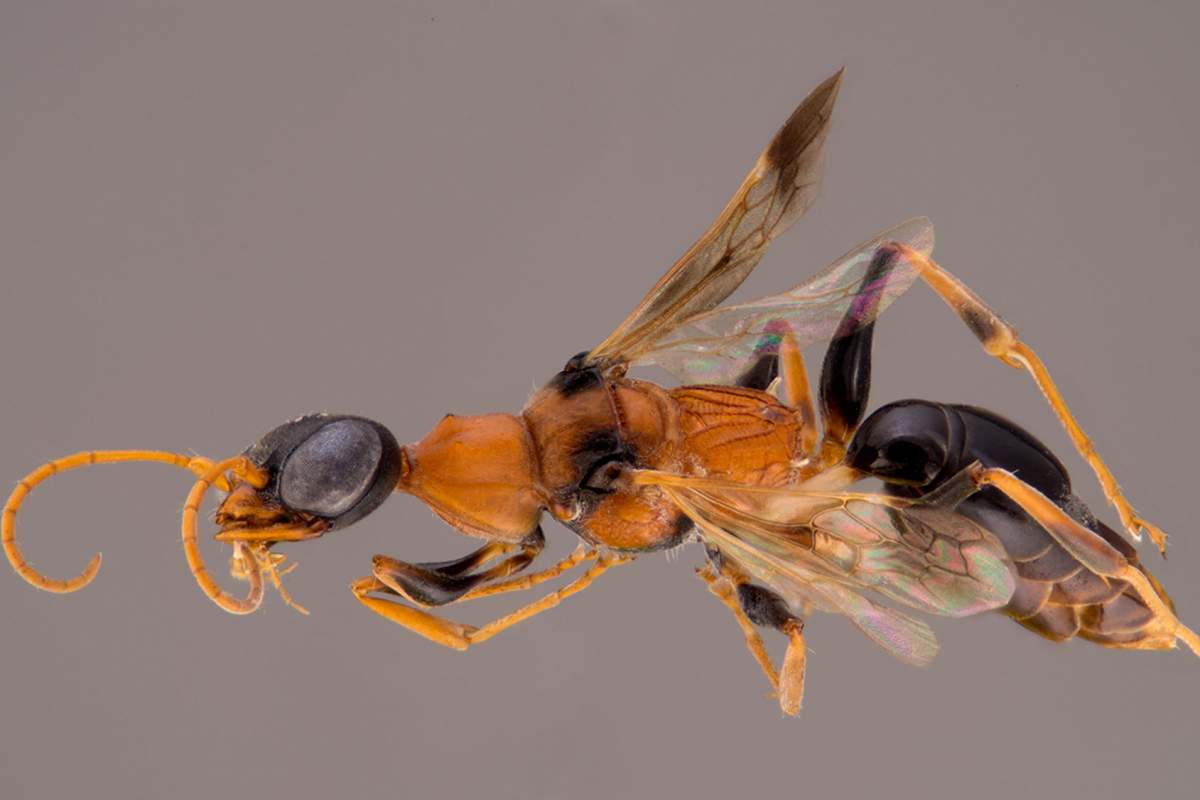 Thatâ€˜s the public opinion on Ampulex dementor, a species of wasp discovered in Thailand in 2014.

Itâ€˜s named after dementors, hooded creatures from the Harry Potter books that sucks out their victims' souls. And true to its name, the touch of the dementor wasp essentially turns its prey into zombies. Combining some of the scariest elements of fantasy and sci-fi, this insect doesnâ€˜t mess around

Like A Regular Wasp That Is Super Into Halloween

As if the name werenâ€˜t intimidating enough, the dementor wasp looks like your regular backyard wasp but with some Halloween-esque black and orange coloring. Like some 174 related species of wasps in the family Ampulicidae, it uses a host incubator--in this case, a cockroach--to gestate its young.

The female wasp stings the roach, injecting venom that turns the cockroach into a zonked-out sleepwalker. The neurotoxins in the venom prevent spontaneous movement in the roach, meaning it can still move--but it canâ€˜t direct its own movement.

This lets the wasp easily drag the cockroach back to her burrow. There, she injects the roach with her eggs. The cockroach, still docile, acts as an incubator for several days, at which point the eggs hatch. Then the larvae feed on the still-living cockroach from the inside out.

Gruesome? Yes. Worth saving? Absolutely. The insectâ€˜s pop-culture-referencing name comes from a German natural history museum that solicited public voting. Its aim was to inspire interest in biodiversity, and the necessity of maintaining a balanced ecosystem--even when that ecosystem is full of some real-life monsters.

Thank you to Daniel Young of The University of Wisconsin-Madison for reviewing this episode's script.