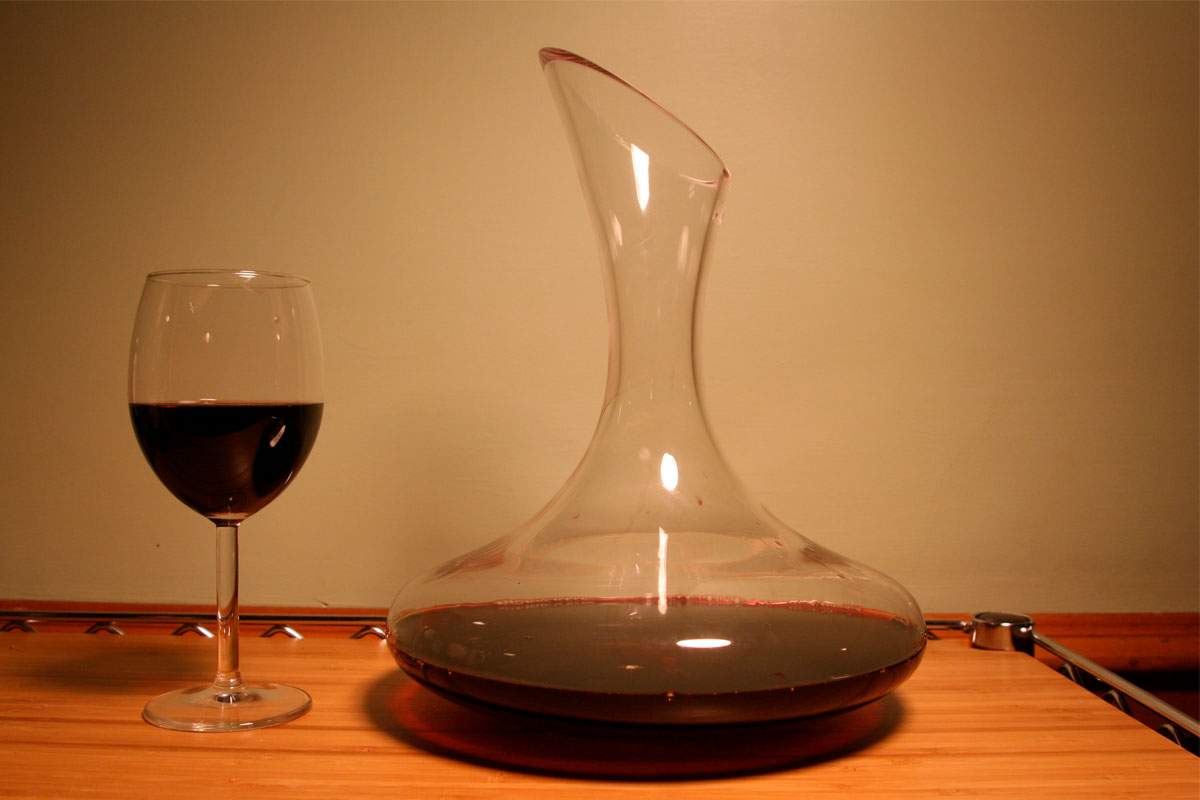 The wine decanter is a fairly standard vessel found in many glassware collections. But it's also a rather mysterious object that inspires questions about how to use it, and what function decanting actually serves. So, what does it mean to decant wine?

Simply put, decanting involves pouring wine (or any liquid) from one container into the decanter. While some decanting serves more to ornament the presentation of a dining experience, decanting certain wines has an evident effect on their aroma and drinkability.

As wine ages, its organic molecules grow larger through polymerization, which reduces its astringency and makes the wine softer, less chalky. But over time, a wine may deposit crystal tartrates and pigmented organic substances called tannins that collect as sediment at the bottom of a bottle.

Decanting separates out those sediments that build up. This is usually only required for high-end wines, with a vintage date over 10 years.

Decanting can also help to release volatile compounds in wine that mask its subtle flavors. These volatiles are a combination of organic compounds that add aromas--such as fruit, oak, tars, esters, and aldehydes.

Decanting a young wine incorporates oxygen that helps to evaporate any harsh volatiles. Now, the wine's tastes and smells will be more discernible than the astringent alcohol.

Red wines acquire their chemical characteristics because they are held in relatively oxygen free environments during aging in bottles. White wines, however, don't benefit from decanting because they aren't aged in bottles long before serving. So, feel free to skip decanting your Chardonnay, but if Malbec is on the menu, bring out the decanter--for sake of showmanship and flavor.